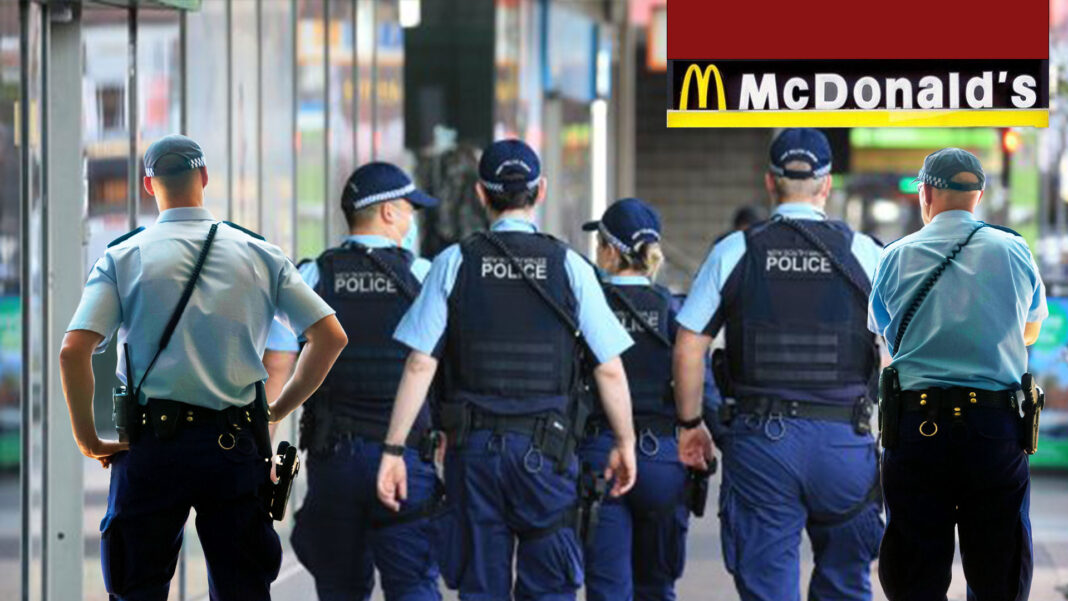 Fast food giant McDonald’s has announced a record daily profit for its Sydney CBD outlets, as more than 1300 police officers descended on the city.

“Today we saw revenue up more than 5000% for outlets within the city ring,” says McDonald’s Australia CEO Tim Liddle.

“Demand was up across the entire menu, but Big Mac and apple pie sales particularly skyrocketed.”

There was a heavy police presence at McDonald’s outlets throughout the CBD, as officers crowded to prevent a repeat of last Saturday’s anti-lockdown protests.

By 3pm McDonald’s on Pitt Street was forced to close after running out of stock.

NSW Police was not willing to comment for this story.