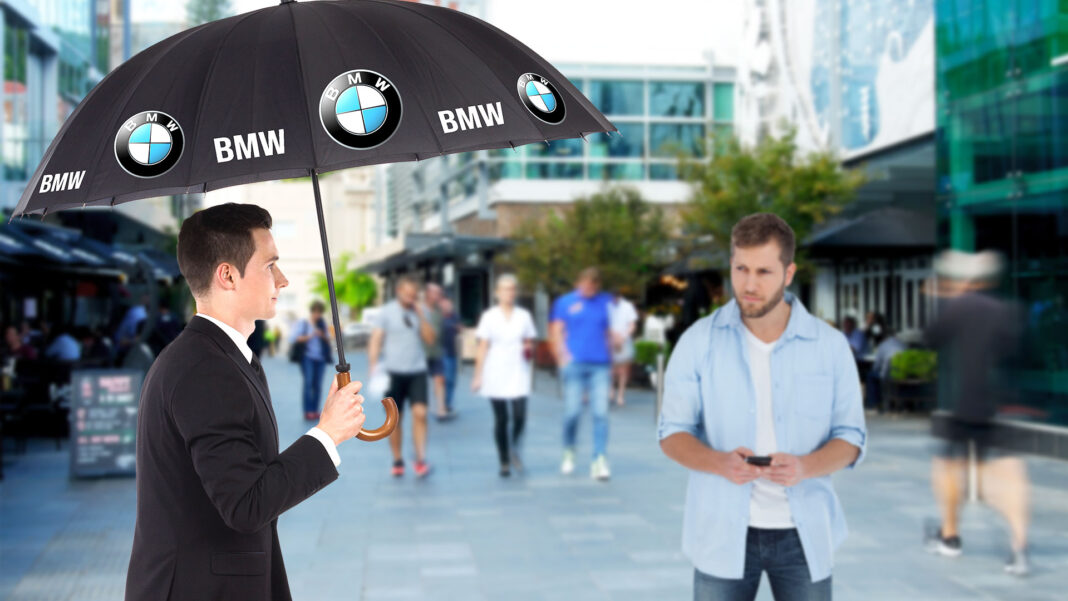 DELAYED REACTION: A Double Bay real estate agent was caught out yesterday using a heavily branded BMW umbrella, more than half an hour after it stopped raining.

Even as strong sunlight began to appear, Mark Arnold was captured by a DBT photographer with his umbrella out while walking through a busy shopping area.

“Not one other person had their umbrellas up at the time,” one onlooker told DBT.

Our reporter also spoke to another onlooker who claims to know Mark Arnold personally.

“The saddest part of this is that he doesn’t even own a BMW,” they revealed to DBT. “He actually drives a 2014 Toyota Camry and still lives at home with his parents.”

Mark Arnold was not available for comment, but a quick look at his instagram profile shows he’s listed as a public figure, even though literally nobody has ever heard of him.