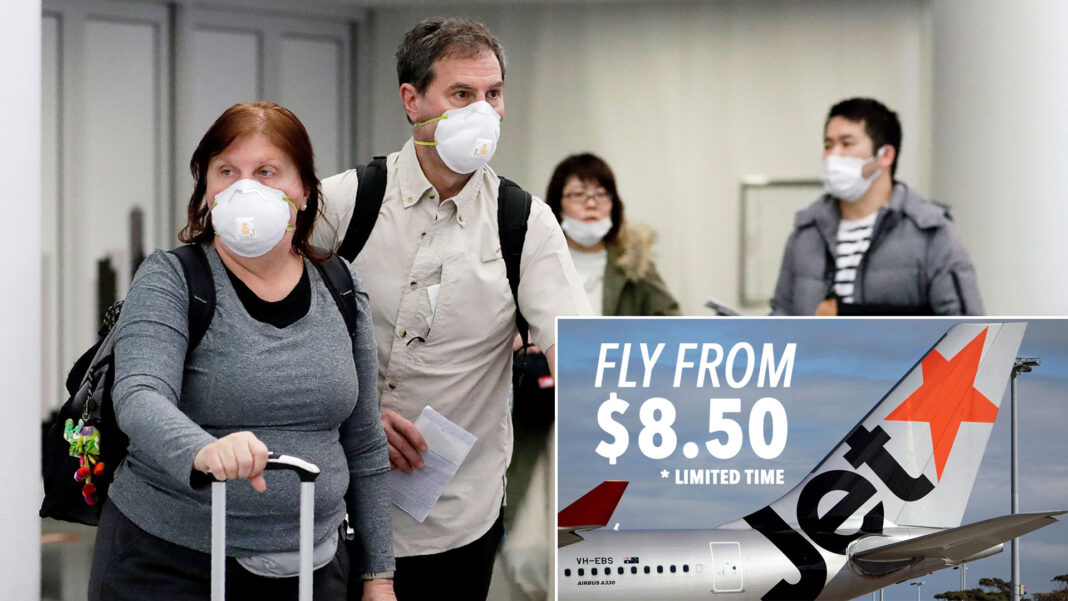 Jetstar is offering record discount fares as it attempts to lure Australians back into domestic travel.

After offering $19 domestic seats last week, the airline is now also offering $8.50 fares to Melbourne from any capital city.

Some domestic travellers say the heavy discounting is worth the risk.

“Initially I was worried about all the Coronavirus in Victoria, but $8.50 is a great deal,” says Peter Hammond who purchased a ticket today.

Virgin Australia is also expected to offer heavily discounted fares when it re-enters the market after going into administration.

It comes amid calls to close Victoria’s borders as a second wave of Covid-19 bears down on the state.

“If the borders close, then obviously we’ll be forced to stop flying to Melbourne,” says the Jetstar CEO. “But for now, we’re encouraging people to start travelling again.”