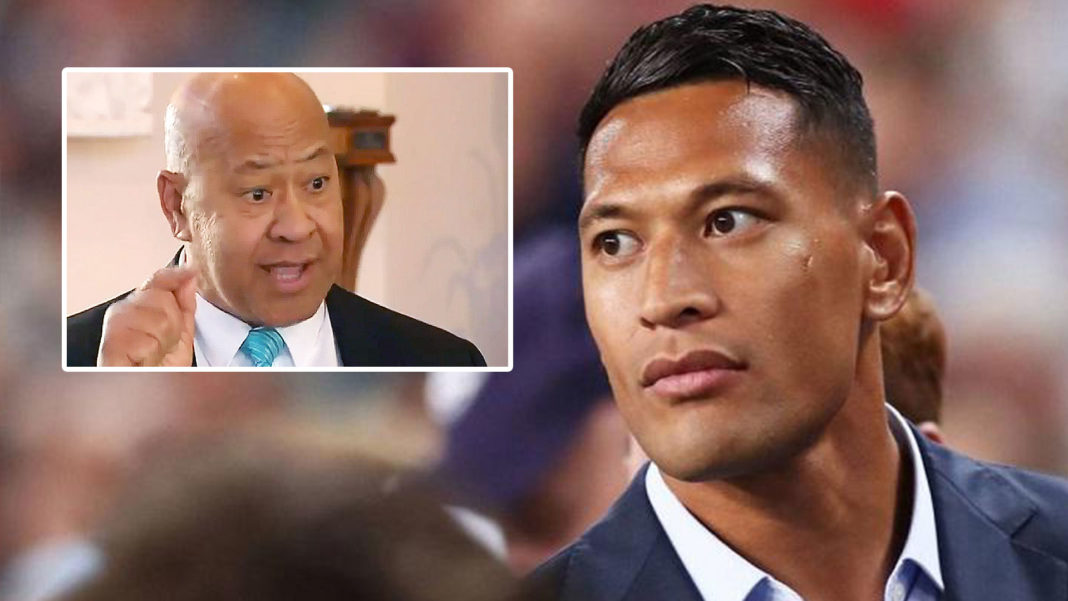 Sacked Wallabies player Israel Folau says he’ll be donating the full value of his legal settlement with Rugby Australia to his father’s church.

“I’m giving back to the Lord.” Folau told reporters today. “I’ll be putting a cheque on the collection plate at dad’s church this Sunday.”

“I’m so proud of you Israel for following your faith,” says Eni. “You lost your job, which isn’t ideal, but giving the payout as a donation to my church gives us a solid tax break.”

Israel Folau is being compensated by Rugby Australia after the governing body tore up his rugby playing contract over his homophobic Instagram post.

The value of Rugby Australia’s settlement to the 30 year old is being kept private.

It’s understood the Folau’s have invited selected media outlets to cover Sunday’s church service where Israel will officially hand over the cheque.

“I’m happy to be involved,” Jones told DBT. “Hopefully I can hang around with Israel after the service for a bit as well.”

“I’m not worried,” he says. “Dad says I’m being embraced by the Lord.”