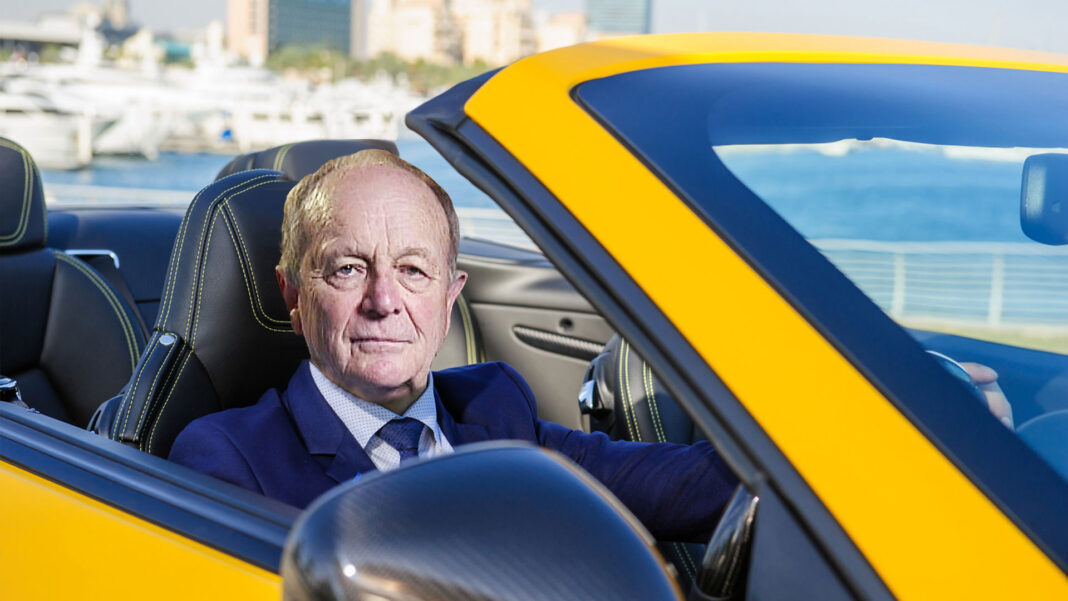 CRYING POOR: Billionaire retailer Gerry Harvey says the soaring cost of fuel is forcing him to request petrol money from anyone who rides in his yellow convertible Ferrari.

“This is just the harsh reality of life at the moment.” says the founder of Harvey Norman. “I don’t mind giving people a lift, but unfortunately it no longer comes for free.”

With petrol prices now hovering around $2.20 for a litre of unleaded, Gerry Harvey has begun charging $1.85 per kilometre for a lift.

One of his colleagues alerted DBT to the story.

“Yesterday Gerry gave me a lift home from work and he asked for $9.50 as I got out,” says Harvey Norman worker Owen Ryan. “It wasn’t even out of his way.”

But Gerry Harvey is making no apologies.

“Petrol is expensive,” he says. “Deal with it, or get an Uber. I’m actually still cheaper than an Uber.”