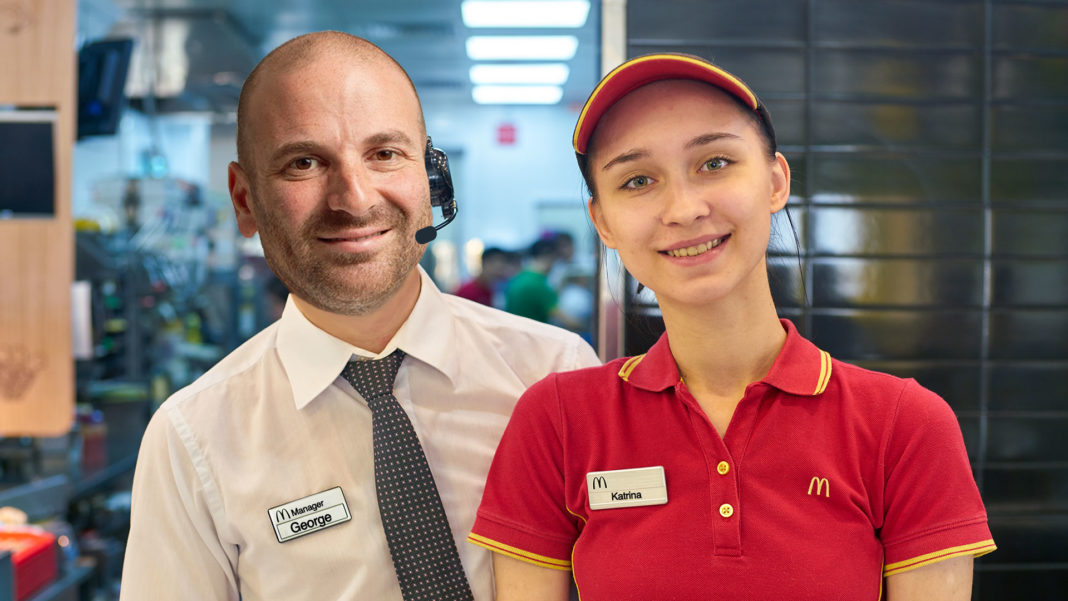 George Calombaris has begun the next phase of his career in the food and beverage industry.

The former MasterChef judge has secured a full-time role as night manager at the McDonald’s restaurant at Oakleigh in south-east Melbourne.

“I know my around a kitchen, that’s for sure,” he says. ‘And I’m looking forward to offering guidance to some of the more junior staff.”

Calombaris’s first night on the job comes one day after his restaurant empire MAdE Establishment went into voluntary administration, after underpaying staff.

“At least I know I will get paid here at McDonald’s,” he says. “It’ll be good to have a steady income for a while.”

The former celebrity chef has limited experience in the fast food industry, but he says he already has some ideas on how to spruce up the McDonald’s menu.

“Maccas is pretty good,” he says. “But once I’m settled here in my new job I’m going to make some suggestions to head office. I’d like to see some feta on the menu for example.”