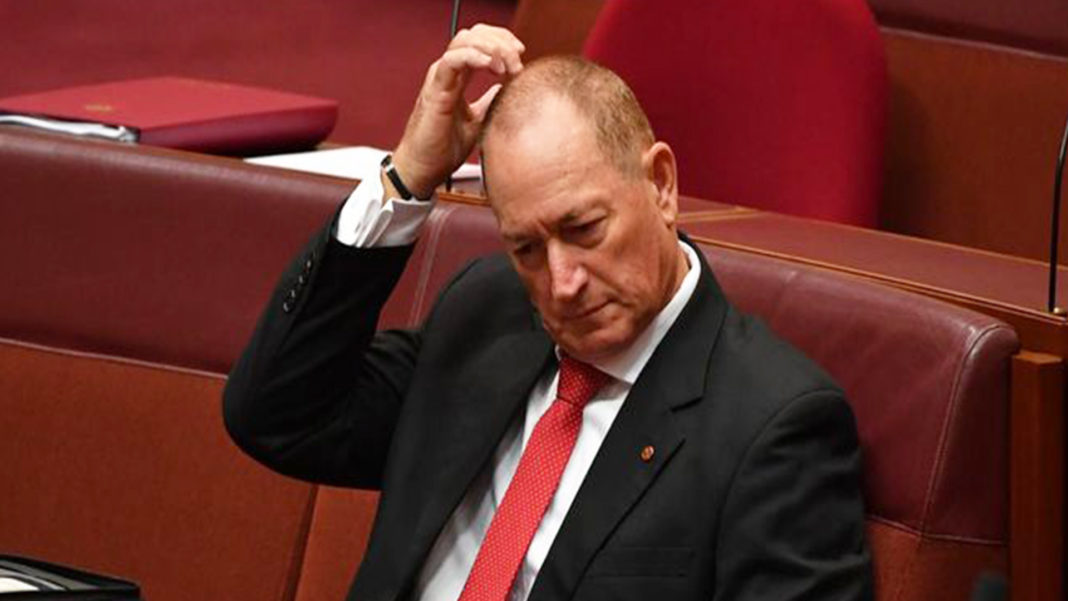 “My entire platform was built on racism,” he says. “I thought that’s what Australian voters were demanding from their political leaders.”

But after being censured by the senate today for his controversial anti-Muslim comments following the Christchurch massacre, Anning has told Double Bay Today that he got it wrong.

“To be honest the only people I really speak to are Derryn Hinch, Pauline Hanson and farmers in north west Queensland. Turns out they’re not the best barometer.”

Anning also says he’s looking to re-launch his ‘political brand’ in a bid to maintain his career.

“I’m currently working on a press release declaring my support for trans rights,” he says.

It’s understood he’s also purchased a burqa with plans to wear it during the working week.