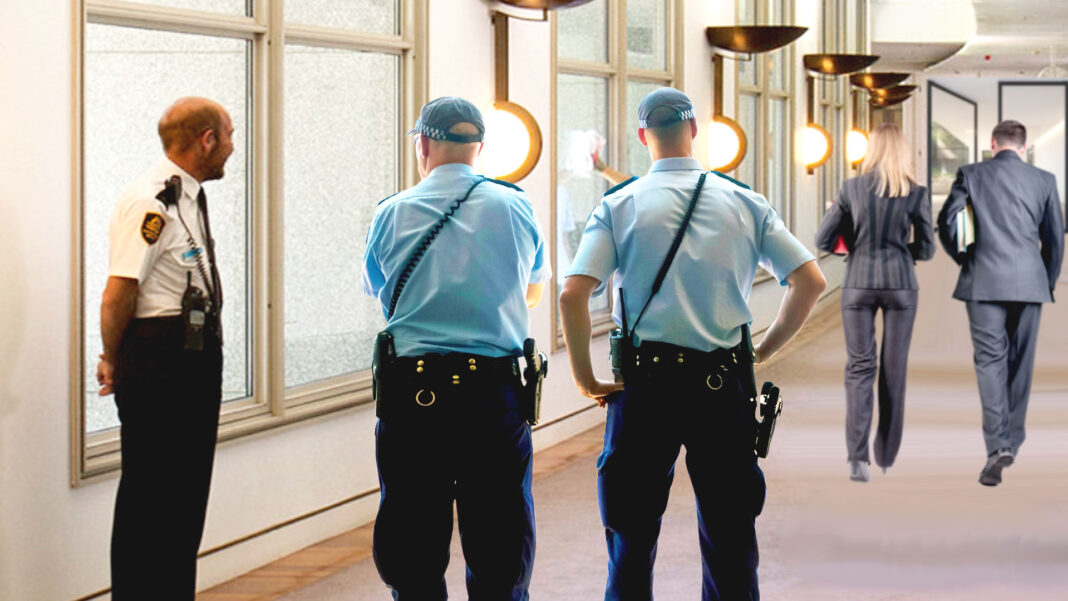 More than 500 extra police officers will patrol the corridors of power at Federal Parliament House, under a new security initiative announced by the Attorney General.

It follows claims that MP’s are using Parliament offices for sex, and seperate revelations that a security guard entered a room after an alleged rape.

“Security guards cannot be trusted, especially when they leak details to the ABC,” says the Attorney General. “That’s why we’re bringing in the police as well.”

“We will be ensuring MP’s remain safe,” says Fuller. “The PM has ordered me to get the house back in order.”