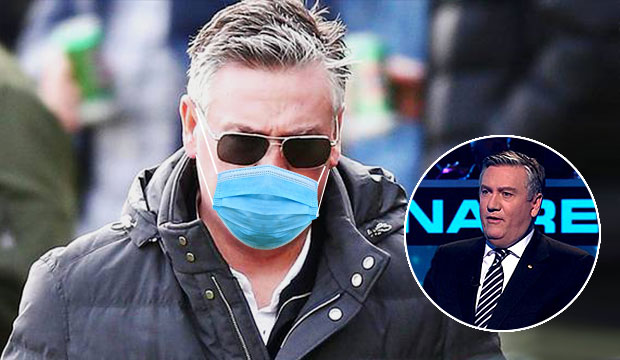 It follows the suspension of the TV show he hosts on Channel Nine The Millionaire Hot Seat.

The show is filmed at the same Melbourne studios as The Masked Singer, which on Saturday revealed crew members had tested positive to COVID-19.

“Everything is up in the air right now,” says McGuire. “I need some financial certainty.”

DBT understands Covid is not dramatically effecting McGuire’s other job as President of the Collingwood Football Club, or his other various writing and commentary roles.

“But losing the income from hosting Millionaire Hot Seat will create a lot of financial uncertainty for myself and my family,” he says. “It’s time for the government to step in.”

McGuire is yet to hear back on his application.

The Federal government was unavailable to comment on this story.