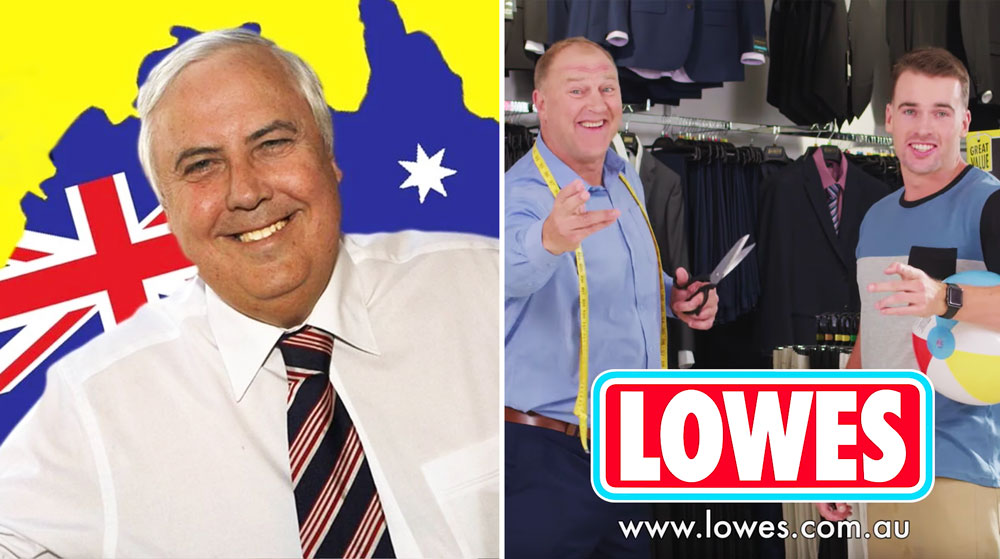 The brains behind the iconically Australian Clive Palmer election campaign TV commercials is preparing for the next phase of his career.
Director Dave Silbury has been handpicked to make the next TV commercial for Lowe’s Menswear.
“This is a massive opportunity,” he says. “The Clive Palmer ads have proven to be a stepping stone for me.”
Marketing executives at Lowes say the Clive Palmer ads have captured a look and feel that strongly resonates with their clothing brand.
“We already have a long history of ads with large men shouting out what’s written on the auto cue,” says Lowes Marketing Manager Nick Nogales. “It’s a uniquely Australian style.”
Lowes wouldn’t comment on speculation that Clive Palmer himself would take a starring role in the new ads.