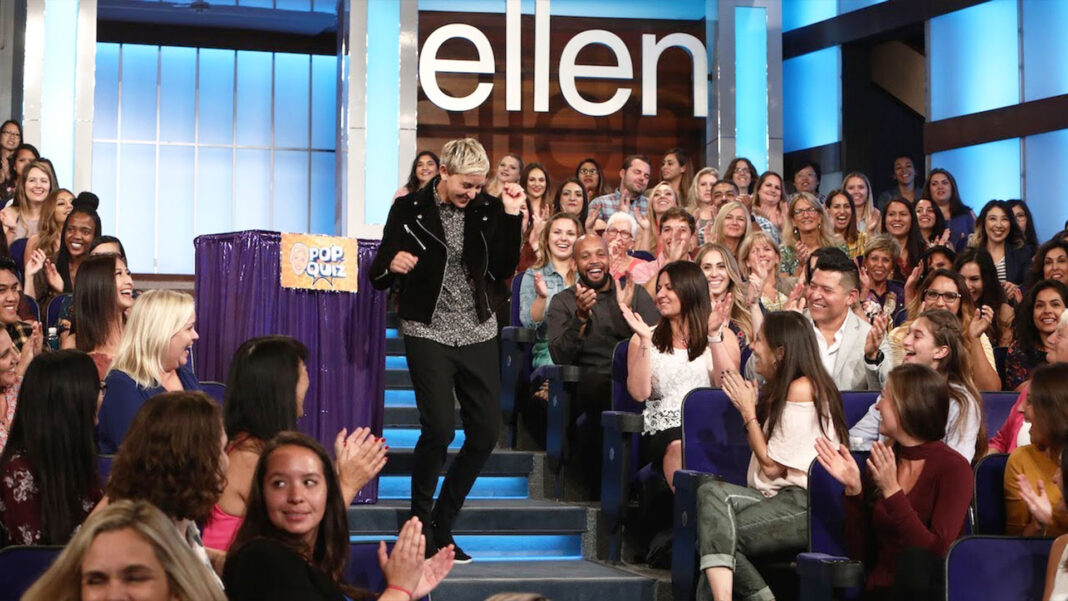 A groundbreaking new report shows dancing amongst studio audience members like a muppet does nothing to boost the popularity of TV hosts.

The technique is used by talk show host Ellen DeGeneres, who is known for spending several minutes at the start of each episode dancing with audience members.

“She acts like some kind of self-appointed spiritual leader or something,” says one man who took part in the research.

“But she’s not even a good dancer and it’s very clear she enjoys it much more than anyone watching the show.”

It comes amid allegations that the darling of daytime TV is “mean” to her staff and others behind the scenes.

The Ellen DeGeneres Show is currently being taped from Ellen’s home.

But if and when the show returns to the studio, show insiders say she now plans to stop dancing among audience members.

Researcher Phil Robson says TV hosts simply walking out onto the set at the start of the show is sufficient.

“Or better still, just already be on set when the show begins,” he says.