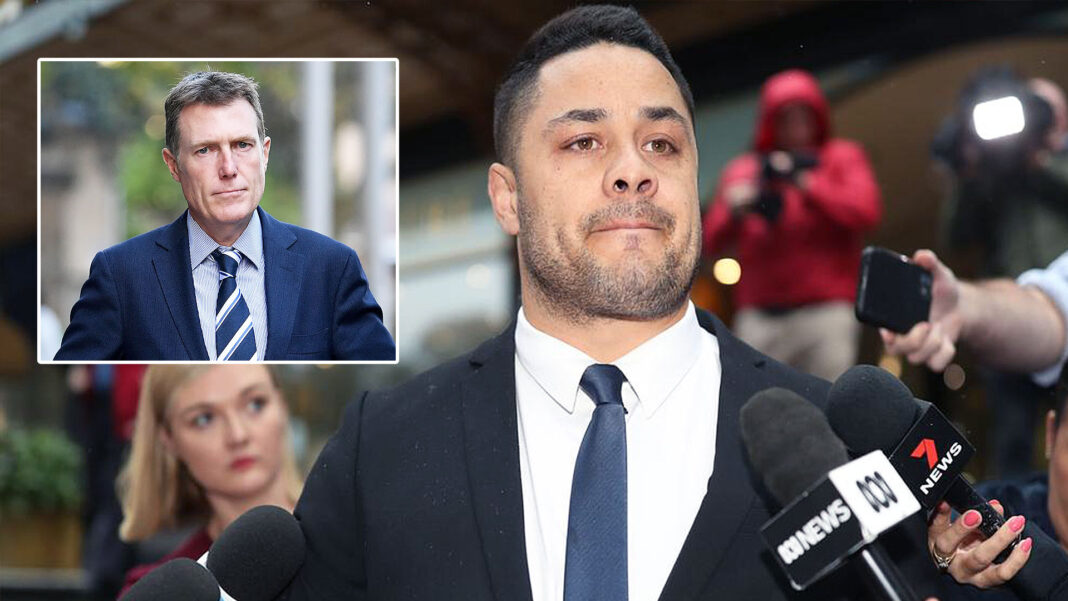 The federal Minister for Industry, Science and Technology has spoken out about the lengthy jail sentence handed to NRL player Jarryd Hayne.

“I know I’m not the attorney-general anymore,” says Christian Porter. “However I still believe it’s appropriate for me to comment on legal matters.”

“The sentence given to Jarryd Hayne is fair and appropriate. Matters of rape and sexual misconduct must be punishable by the full weight of the law. Do the crime, do the time.”

Hayne was sentenced to five years and nine months in prison and will not be eligible for parole for three years and eight months.

Porter appeared reluctant to talk about the rape allegations which were made against him earlier this year.

“Once again police, and the courts, have done a fantastic job prosecuting Jarryd Hayne,” says Porter. “I truly hope he gets some of his own medicine in jail.”