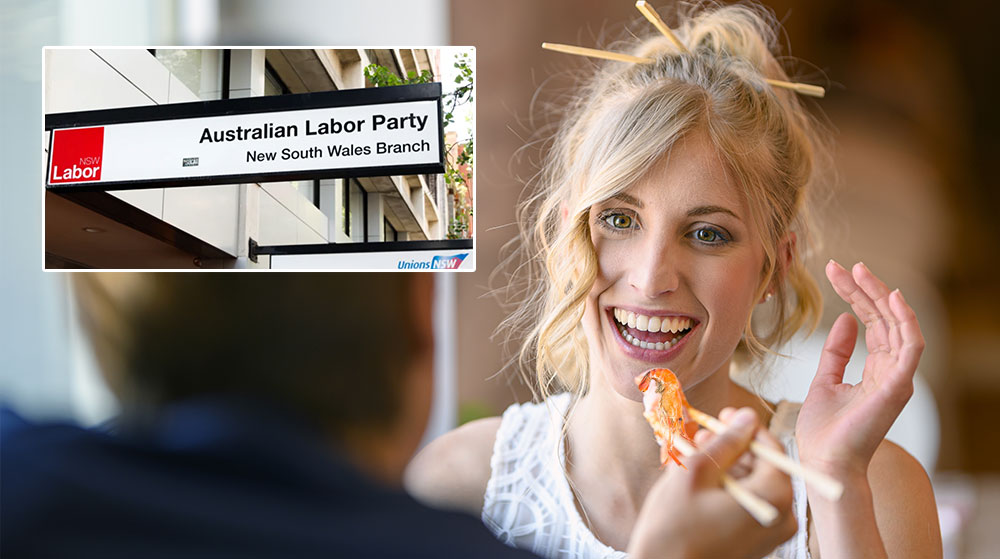 The NSW branch of the Labor Party has announced that chopsticks will replace cutlery in the canteen of its Sussex Street headquarters.

“This is a step in the right direction,” says NSW ALP Leader Jodi McKay. “Staff will still be able to request cutlery at meal times, however it will be frowned upon.”

Labor power brokers deny the move to chopsticks is linked to claims that the ALP is being influenced by wealthy and important Chinese figures.

“No, this initiative is aimed at staff weight loss and also a bit of fun! I’m looking forward to watching colleagues use chopsticks to shove rice directly into their mouths! (laughs)”

Staff will be encouraged to take part in chopsticks training sessions, before the changes take effect on September 14.