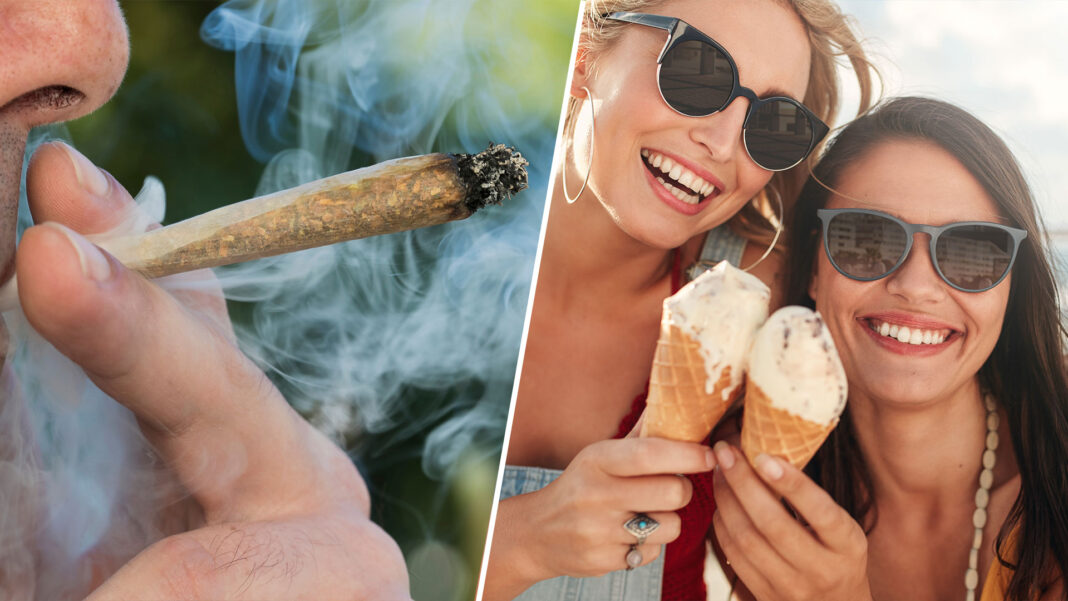 Cannabis’ reputation as a gateway drug has been confirmed, after a new report linked it to a dangerous consumption of ice cream.

“A puff or two on a joint may seem innocent enough,” says health expert Natasha Walters.

“But marijuana can trigger the abuse of more harmful substances, like ice cream and other deserts.”

The report by the University of NSW comes after clinical trials showed those who smoked marijuana are 35 times more likely to eat ice cream.

“I hadn’t had ice cream in years,” says one survey participant who smoked cannabis as part of the study.

“I thought maybe it’d be OK to have a few spoonful’s, but I ended up having a full 1 litre tub of Ben & Jerry’s.”

Nutritionists say other drugs, including ice and heroin, are much safer to consume for those looking to reduce their sugar intake.

“This is why the war on drugs must continue,” says Gladys Berejiklian. “Australia’s ice cream industry is being artificially propped up by heavy marijuana consumption.”