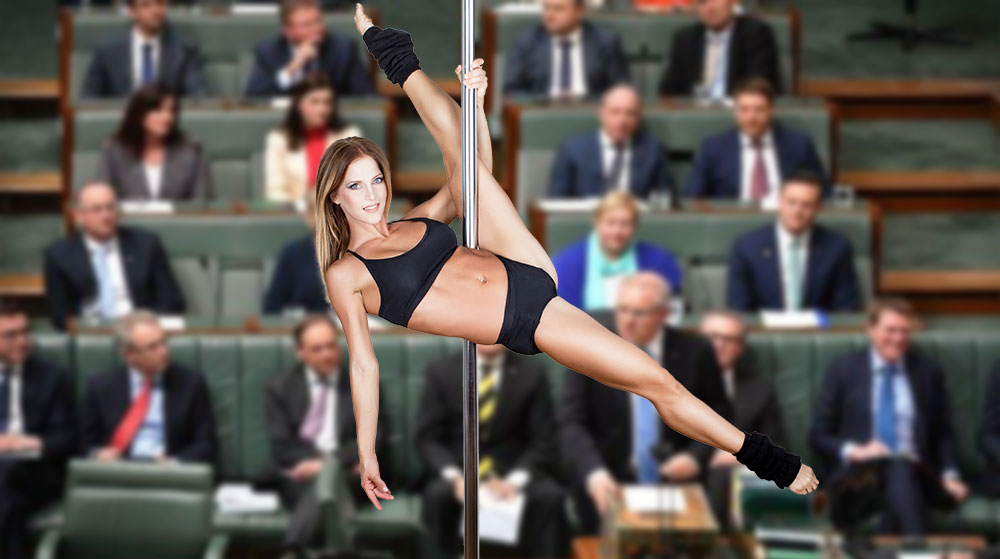 The Prime Minister has announced a new initiative aimed at putting an end to Australian politicians getting caught out at strip clubs.

“We’ve decided to bring it all in-house,” says Scott Morrison. “Installing a stripper pole within Parliament will allow us to enjoy adult entertainment without the prying eyes of the media and other members of the public.”

It follows the resignation this week of One Nation’s Steve Dickson after the broadcast of footage of him at a strip club in Washington DC.

Former Prime Minister Kevin Rudd was also forced to admit visiting a New York strip club while on a taxpayer-funded trip to the New York in 2007.

“We’ll be holding special parliamentary sittings in which all members of the public and media will need to leave Parliament House,” says Scott Morrison. “Normal policy debate will continue while the strippers work.”

The Prime Minister also says the initiative will also serve as a boost to Canberra’s adult entertainment industry.

“This is not just about avoiding public scrutiny, it’s also about the local economy,” he says. “This is a win-win.”