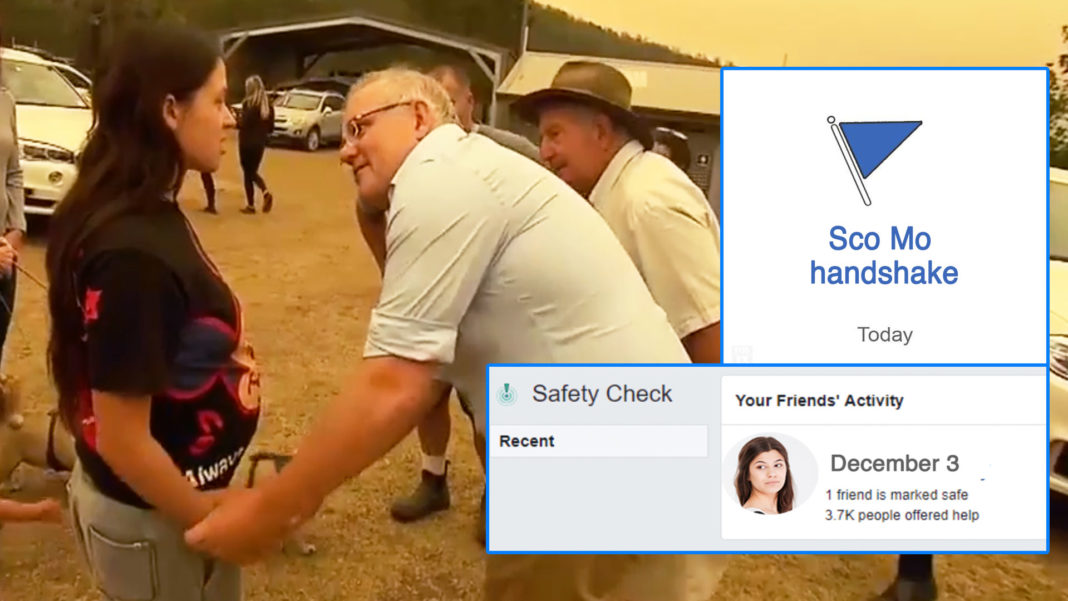 A pregnant woman who lost her house and possessions in a bushfire has marked herself as ‘safe’ on Facebook after shaking the Prime Minister’s hand.

TV news cameras filmed Zoey McDermott being forced by Scott Morrison to shake his hand as he toured the fire ravaged area of Cobargo on the NSW South Coast.

“I’m safe and well,” she captioned her Facebook ‘Safety Check.’ “He grabbed my hand without my consent. But I want everyone to know that I’m O.K.”

The Prime Minister has made non-consensual contact with several bushfire victims and firefighters over the past few days.

It’s led Facebook to allow users to check in as ‘safe’ in bushfire affected areas where the PM has visited.

“The forced handshaking and touching is a concern,” says Facebook CEO Mark Zuckerberg.

“I urge all bushfire victims to use our safety check feature if they’ve come into contact with Scott Morrison.”

It’s unclear at this stage where the PM will be touring tomorrow.