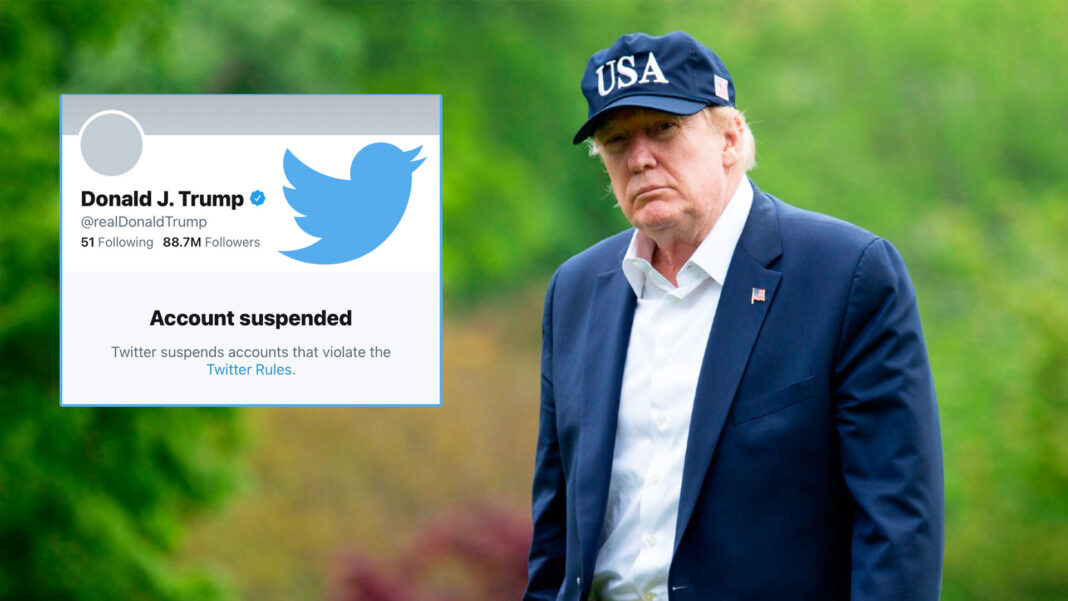 A short time ago he told a White House press conference that he’s looking to strike a deal between US lawmakers and Twitter CEO Jack Dorsey.

“I’ve offered to do a 2-month stint behind bars, if I can have my Twitter account back upon my release,” says Trump. “It seems like a fair trade.”

It comes only hours after Twitter permanently suspended Trump’s account, citing the “risk of further incitement of violence.”

Mr Trump has also been banned from posting on Facebook and Instagram for the remaining 11 days of his presidency.

“To be honest, my Twitter account is more important than my job as US President,” he says. “I had almost 90 million followers on Twitter. I’ve literally got nothing else in my life.”