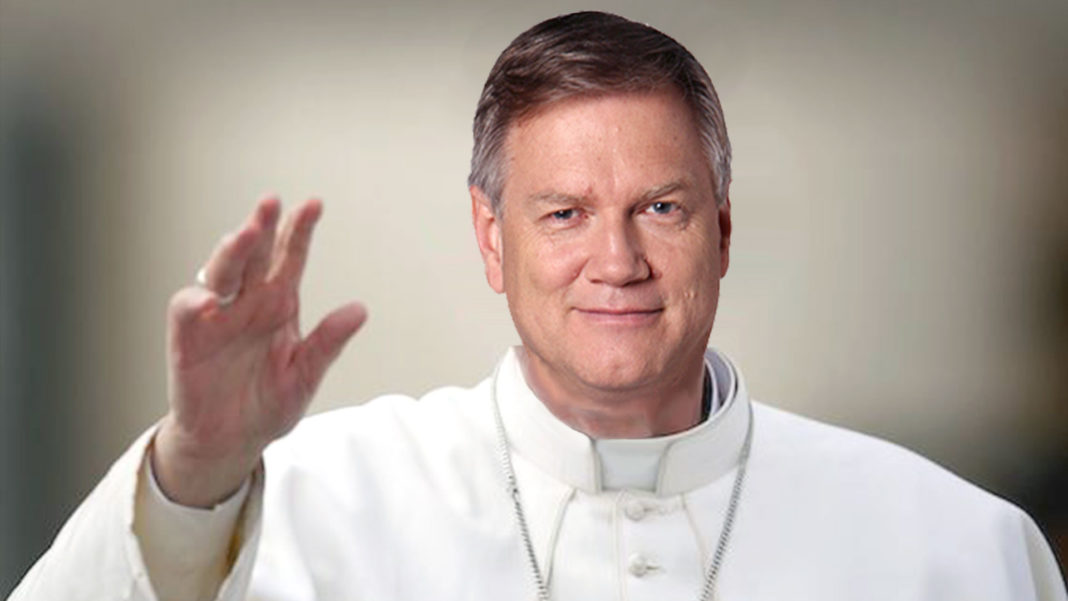 Sky News commentator Andrew Bolt has taken the next brave step in his career.

Just hours after his exclusive TV interview with Cardinal George Pell last night, Bolt was appointed head of the Catholic Church in Australia.

“We’re really excited to have Andrew on board,” says George Pell. “He’s an excellent journalist and he’ll be a real asset as leader of the Church.”

While he leads Australia’s Catholic Church, it’s understood Andrew Bolt will continue his role as a Sky News presenter.

“I don’t see any conflict of interest,” says Bolt. “As a journalist, and a church leader, I’m focused on one thing: the truth.”