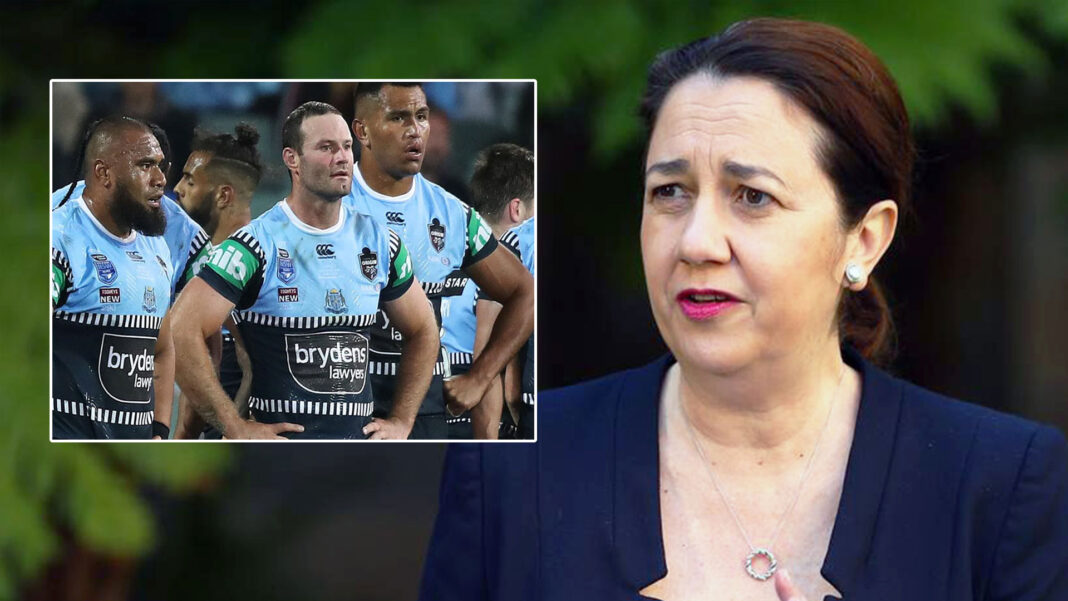 NSW State of Origin players and fans have been dealt a shocking blow today, with the QLD Premier announcing next week’s deciding match in Brisbane has been cancelled.

“I know it’s dramatic, but I’ve been left with little choice,” says Annastacia Palaszczuk. “The risk of Covid exposure to Queensland players and fans is way too high.”

It comes after the NSW Blues levelled the State of Origin series with a thumping 34-10 victory over the Maroons at ANZ Stadium last night.

The victory makes NSW the clear favorites to win the highly anticipated deciding match at Brisbane’s Suncorp Stadium next week.

“NSW got lucky last night,” says Palaszczuk. “But, either way, the most important consideration is still Covid-19. Cancelling the game is about saving Queenslanders’ lives.”

And she says her decision was also influenced by the on-field brawling between players that emerged in last night’s game.

“With players fighting there’s an increased chance of saliva and blood being transferred between players,” she says.

“NSW continues to record several new Covid cases every day. It’s just not worth the risk.”

It’s understood Ms Palaszczuk is suggesting the 2020 State of Origin series be recorded as a 1-all draw.