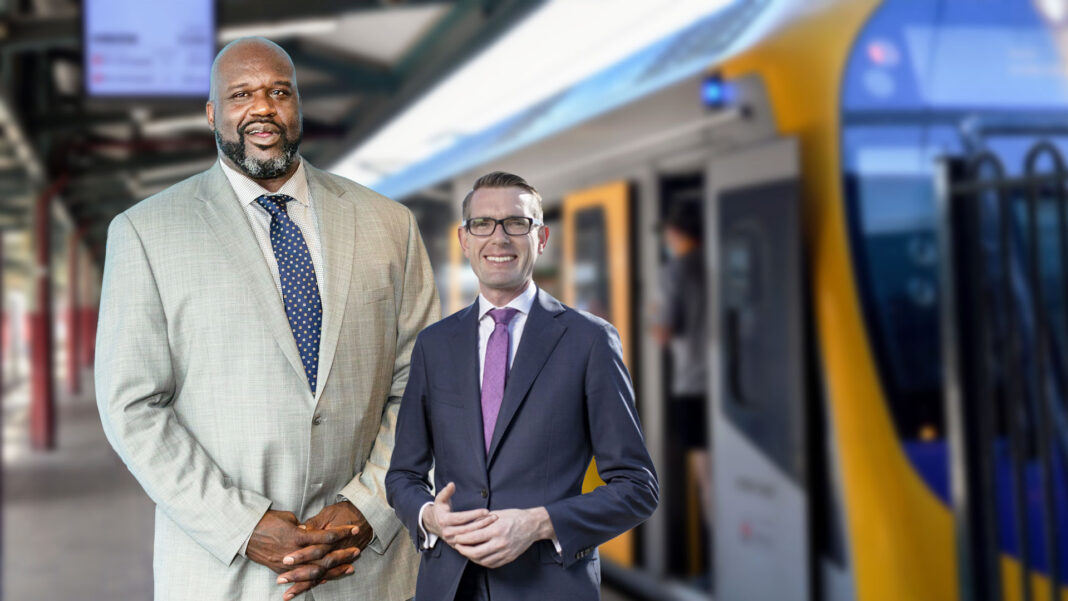 EVERYWHERE MAN: The state government has unveiled its latest weapon in the fight against the ongoing train strikes crippling the transport network.

“It’s time to bring in the big guns,” says the Premier.

“I don’t think the Shaq has any particular experience resolving industrial disputes, but he is passionate about social justice.”

It follows the Shaq being wheeled out by the PM in support of a proposed referendum on an Indigenous voice to parliament.

“While he’s here, we may as well see if he can heavy the union bosses with his sheer size,” says Perrotett.

“I hope I can help,” says The Shaq. “I have a few hours to kill between filming of the PointsBet TV commercials.”

“I’m obviously not that close to the issues at hand, but I used to catch the train sometimes when I was younger.”