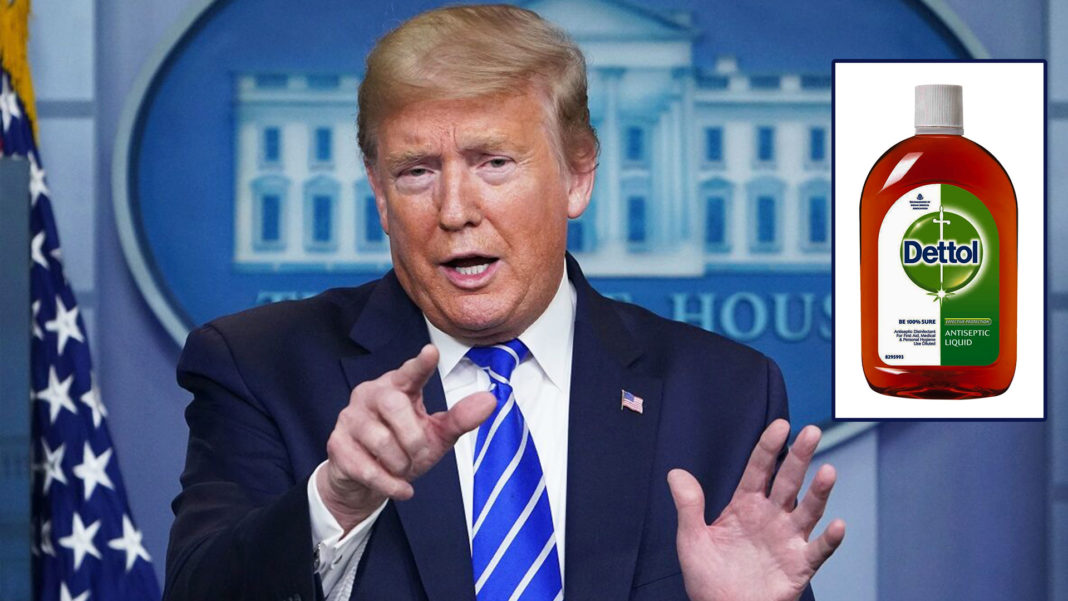 The Trump Empire extends further than you may think.

The organisation, with annual revenues of around $600 million, is primarily involved in real estate development and property management.

But a new investigation shows the Trump Organisation also has a 35% state in British cleaning supplies brand Reckitt Benckiser, the makers of Dettol.

The revelations by the American Equities Research Association (AERA) follow much ridiculed comments by the US President, Donald Trump.

In a White House press briefing on Friday, Mr Trump suggested that injecting disinfectant, like Dettol, could be used to treat Coronavirus.

“These comments sound like a joke, but the President was 100% serious,” says AERA’s Joel Piazza. “Anyone sensible person knows that injecting disinfectant could be dangerous.”

The AERA alleges that Trump attempted to use his influence as US President to boost sales of disinfectant products like Dettol.