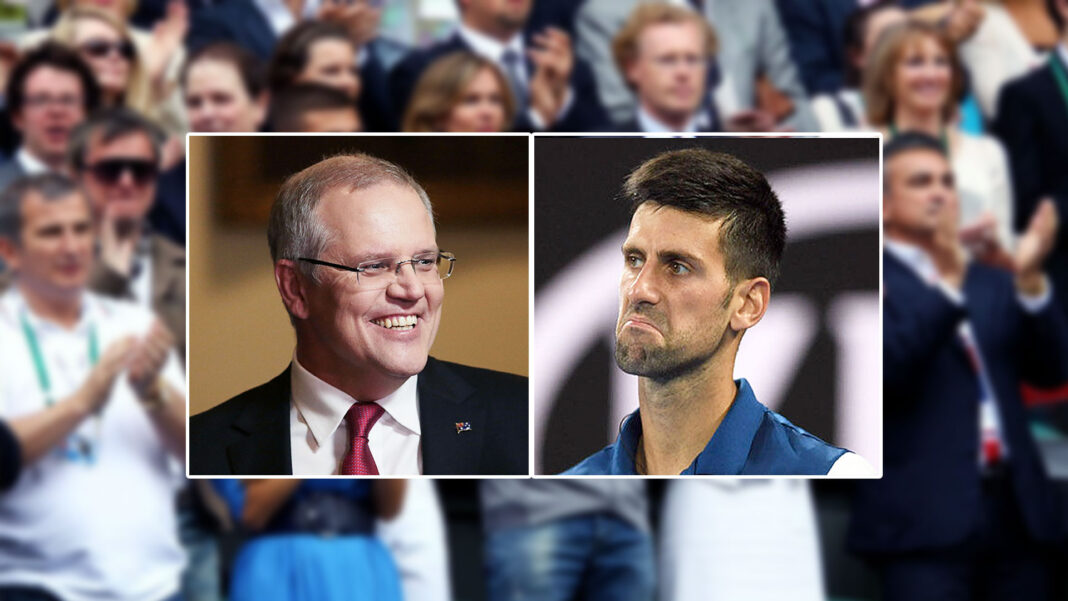 BIG ASK: Scott Morrison has reached out to the world no. 1 tennis player Novak Djokovic to see if he can sit in his players box for the Australian Open.

The optimistic request comes just moments after the Serbian tennis star was cleared by the Federal Circuit Court to play in the tournament which begins on January 17.

“Dear Novak, I’m just writing to see if you have any spare seats in your players box,” wrote Scott Morrison,” in an official email from the Prime Minister’s office.

“As you know I love sport, and have never been to the Australian Open before.”

Djokovic’s visa was initially canceled upon arriving in Australia in a bureaucratic bungle which led to him being held in immigration detention for five days.

“It’s obviously not as good as going to a Cronulla Sharks game, but it’s still pretty decent,” the PM told DBT.

“I’m yet to hear back from Djokovic, but I reckon he’ll be keen to have me there.”