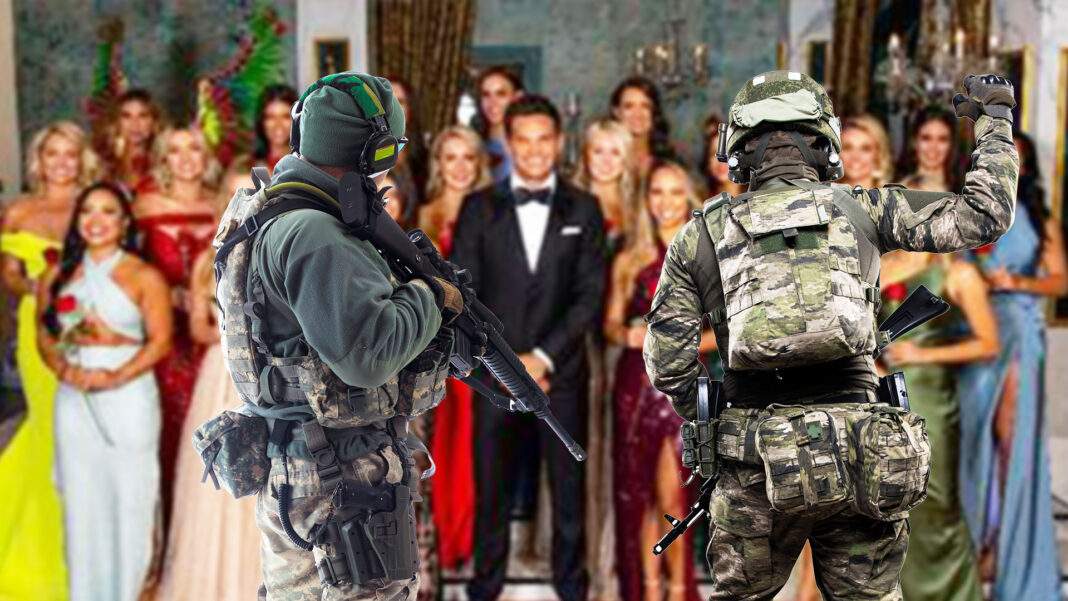 Filming of Network TEN’s reality TV show ‘The Bachelor’ has come to abrupt end after the Australian Defence Force stormed the Bachelor mansion this afternoon.

“We have to be consistent in our enforcement of public health orders,” says Defence Force Chief Angus Campbell. “The Bachelor is subject to all the same rules other civilians are.”

Yesterday the army announced its helping to enforce social distancing rules, including the new ‘singles bubble’ rule, allowing singles to choose one person to visit their home.

“That’s why we stepped in to shut the show down.”

The ADF says there were no casualties as Network TEN executives agreed to immediately end production.