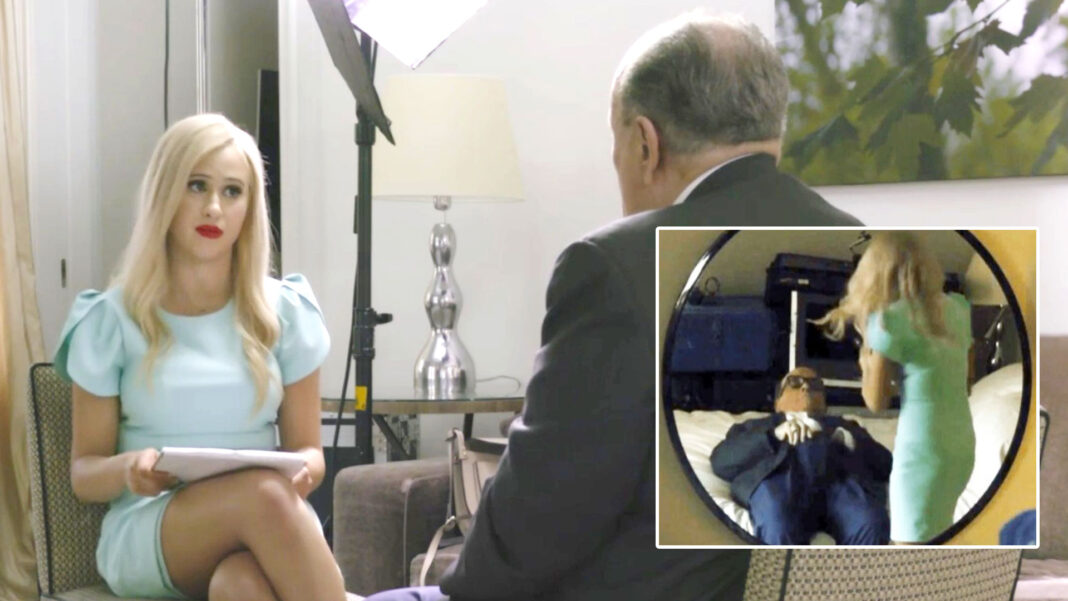 The actress who played the role of Borat’s 15 year old daughter in ‘Borat Subsequent Movie Film’ has been forced to self-isolated after her close encounter with Rudy Giuliani.

In the film, Maria Bakalova posed as a journalist interviewing Giuliani, before leading him into a hotel room, where he reclined on a bed and put his hands down his pants.

“It was a very close encounter,” says the 24 year old Bulgarian actress. “If he had Covid when we were filming, I’m certain he tried to give it to me.. the Covid, I mean.”

Rudy Giuliani denies doing anything inappropriate in the now famous movie scene, saying he was just tucking in his shirt after removing recording equipment.

“Either way, he was extremely hands on,” say Maria Bakalova. “He was sweating profusely, and at one stage when he spoke, I’m pretty sure some of his saliva flew into my mouth.”

Under Bulgaria’s tough social distancing rules, the actress is now required to isolate for 14 days.

News of Rudy Giuliani testing positive to Covid-19 also comes as a blow to Donald Trump.

As Trump’s personal lawyer, Giuliani is leading efforts to overturn the US election.

“He’s got Covid-19 and is in hospital,” says Trump. “But he’ll be going for a drive to salute our supporters shortly.”