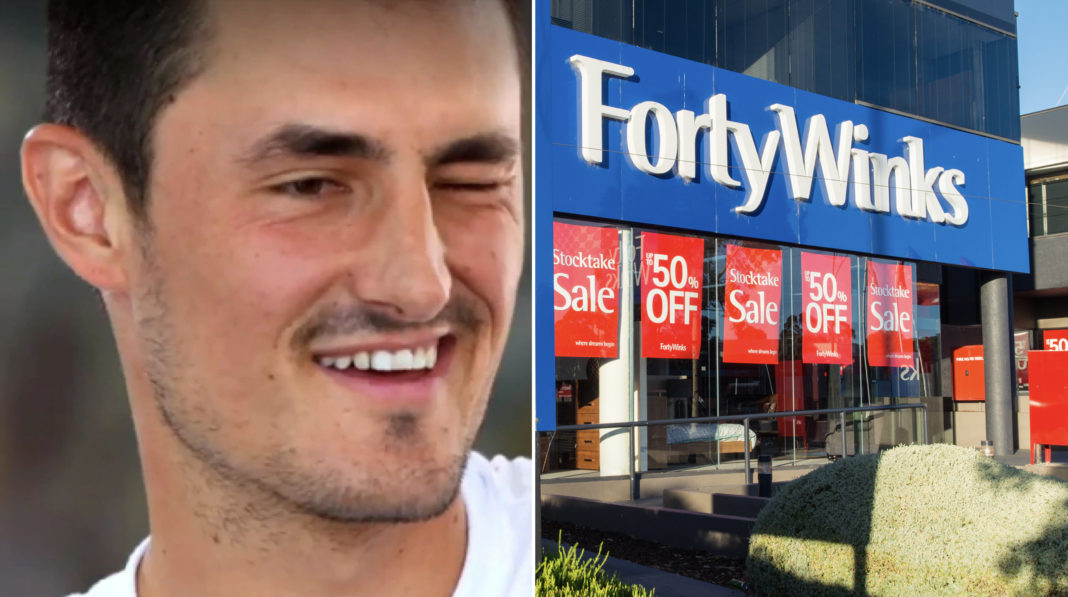 This time it’s because of his constant winking during a 60 Minutes interview which aired last night.

Double Bay Today can reveal exclusively the winking was actually a publicity stunt.

“I’ve signed on as Ambassador for leading bedding and mattress retailer Forty Winks,” says Tomic. “It’s a great company and I’m proud to be on board.”

“Yes it’s true. I don’t actually care about Lleyton Hewitt or any of the other issues discussed,” admits Tomic. “I was just focused on making sure I winked 40 times. Unfortunately tennis won’t pay the bills forever.”

It’s understood Tomic has signed a 2-year deal with the retailer.