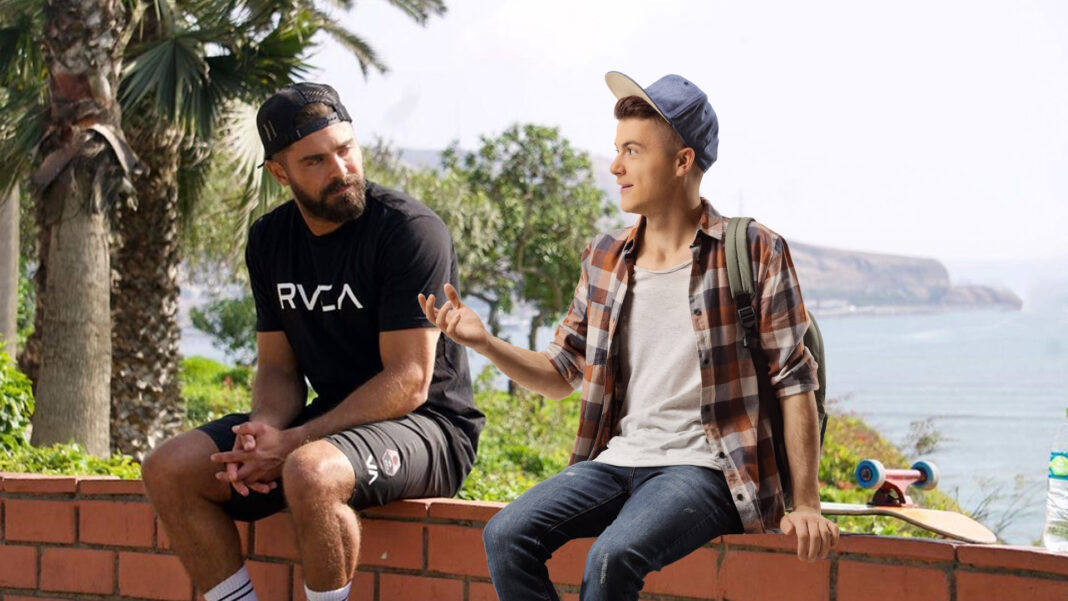 Byron Bay’s burgeoning film and television industry could receive a massive boost, after an aspiring local producer approached Zac Efron for a role in an upcoming student film.

“I told Zac it could be a good opportunity for him to break into Australia’s film industry,” says Robbie Cantrell, who is in first year film making Byron Bay TAFE.

The offer was made yesterday when Robbie Cantrell spotted Zac Efron sitting on a brick wall near Wategos beach.

“I’d love to have Zac in my film,” says the 21 year old aspiring film maker. “I always try to use local talent where possible.”

The Hollywood heartthrob has been living Byron Bay since June, and has recently announced a new local love interest.

But it remains unclear whether the megastar is interested in the role.

“It was hard to tell if Zac was interested, he just said ‘sounds cool dude.’ But he said he’d think about it and get back to me,” says Cantrell.

“I told him that the job is unpaid, but an excellent chance for exposure.”