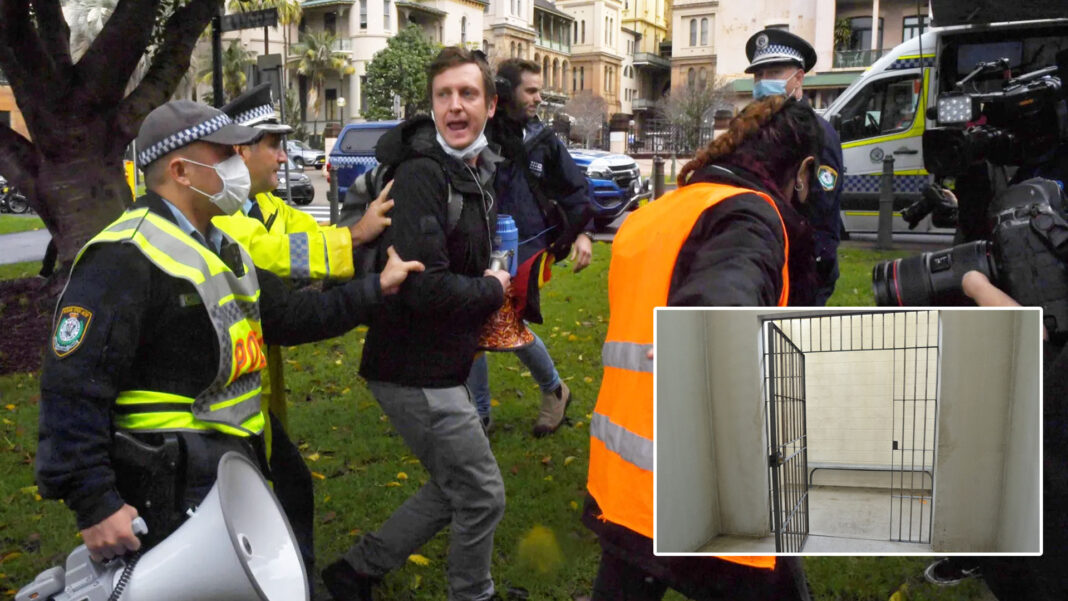 The organiser of today’s illegal Black Lives Matter protest in Sydney has requested to be held in a private holding cell after being arrested today.

Just before midday, Paddy Gibson was taken to Sydney Central Police Station where he was held temporarily, pending charge.

“I want my own cell,” he yelled as he was led away by police. “I refuse to be held alongside other prisoners because of Covid.”

Today’s protest was ruled illegal amid fears of new Coronavirus outbreaks around the city.

A total of six protestors were arrested.

“I want social distancing at all times during my arrest,” Paddy Gibson shouted at police officers.

“There are so many new outbreaks happening in Sydney at the moment. Do I have to share a bathroom at the police station!?”

Paddy Gibson has since been released and fined $1000 for breaching a public health order.

Police refused to comment on whether he got his own holding cell.