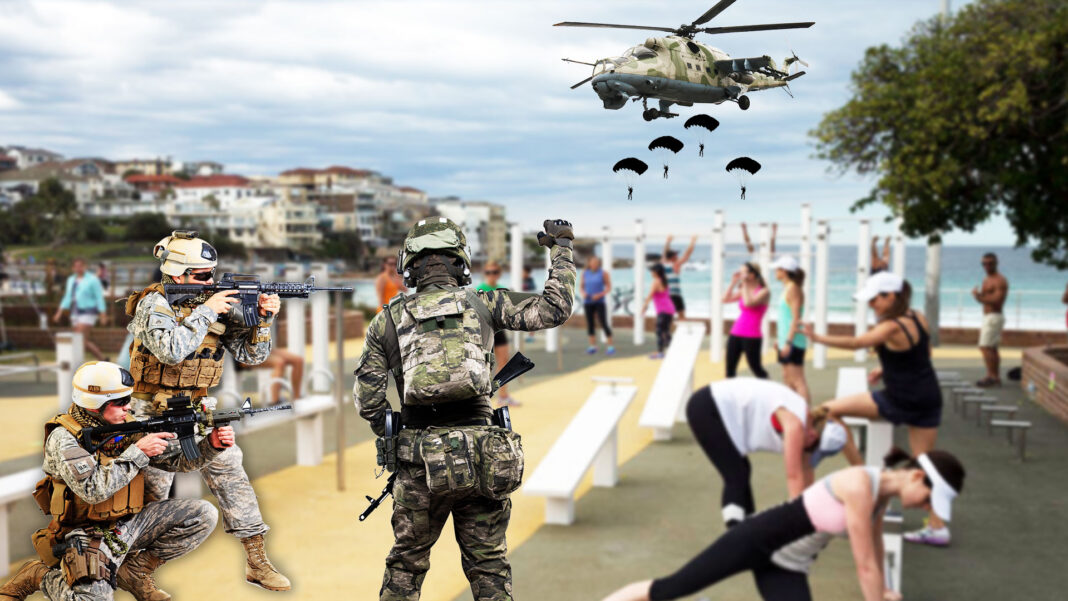 “I’ve said it before and I’ll say it again, we will do whatever it takes to enforce public health orders,” says NSW Premier Gladys Berejiklian.

‘Operation Bondi Storm’ caught people at Bondi outdoor gym completely off guard at around 9.30am today.

“Thankfully there were no casualties, as everyone fled the area quickly, but be warned, we will continue to send in troops to Sydney hotspots,” says the Premier.

“And they won’t be afraid to use their weapons.”

Troops continue to patrol the popular work out spot, but one Bondi personal trainer who spoke to DBT anonymously says he believes the invasion was ineffective.

“It won’t stop me training groups larger than two,” he says. “Instead I’ll just move my sessions over to Rushcutters Bay Park.”