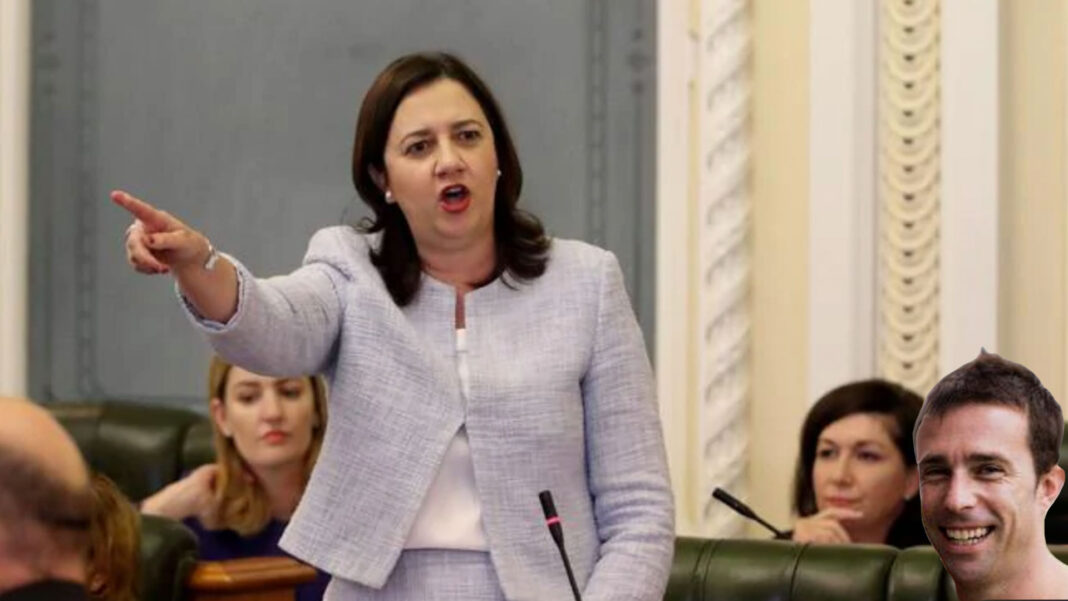 An emotional Queensland Premier has shared some poignant insights from her childhood, as she fronted the media today.

Annastacia Palaszczuk has revealed she was the victim of schoolyard bullying back in the 1980’s.

“Having a surname like Palaszczuk in Brisbane back then earned me quite a few enemies at school,” she says. “It wasn’t easy for me.”

The Premier has also admitted her treatment at school is having a direct impact on her current leadership style.

“To everyone who bullied me at school, well guess what, now it’s payback time!” she told the media. “This is MY time. Like I tell my staff, ‘let’s work as a team, and do it my way.”*

Ms Palaszczuk is being widely criticised for Queensland’s ‘draconian’ border closures, which are tearing families apart and wreaking havoc on the economy.

“At a time when NSW and Victoria are struggling so badly with Corona, she wont even return my phone calls.”

Palaszczuk is also accused of ‘favouritism,’ after rejecting people needing emergency medical treatment from crossing the border, while allowing 400 executives into Queensland for the AFL grand final.

“She’s absolutely kidding herself if she thinks she’s going to win the Queensland election in October,” says Scott Morrison. “She’s a battler from way back.”

Meantime, Palaszczuk says the Richmond AFL players who breached Covid protocols by getting into a brawl at a Gold Coast strip club, will avoid any penalties.

“I’ve instructed them to join the AFL executives at the Mercure resort for a two week quarantine period,” she says.