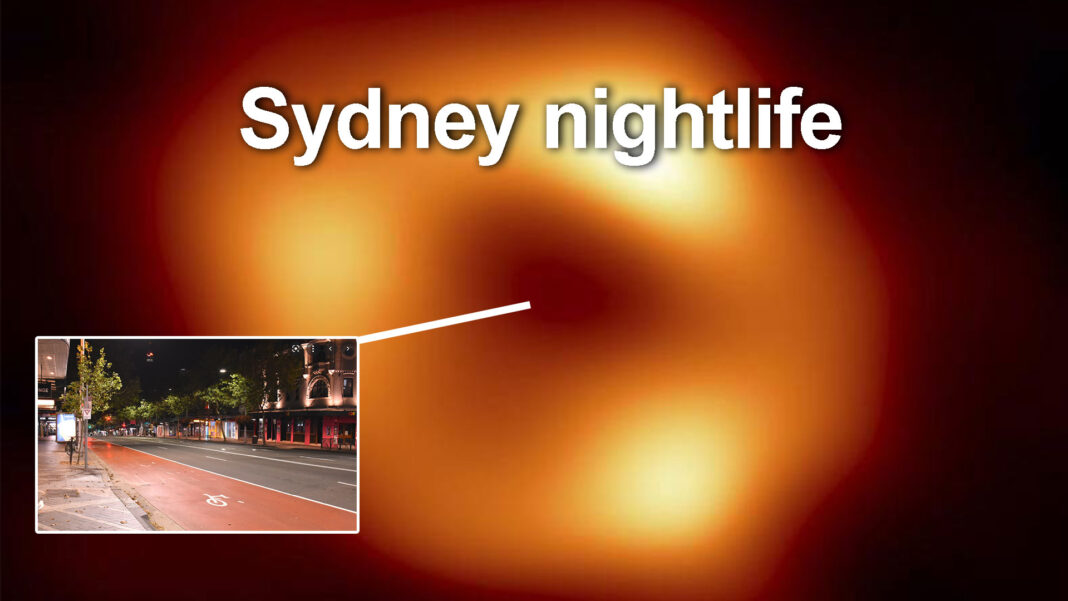 INTO THE ABYSS: It sounds like something out of a sci-fi blockbuster, but the latest space discovery is very real.

An international team of scientists have released an image of central Sydney at night, taken from outer space.

“The black hole shows the Kings Cross, Darlinghurst, and CBD areas,” says France Cordova, from the US National Science Foundation.

“You can see in the image, there is literally nothing there.”

Sydney’s nightlife became dormant when controversial lock out laws were introduced in 2014.

“The lockout laws have been repealed, but the last few years of covid lockdowns have conclusively ripped any remaining life out of the city,” says France Cordova.

“All we are left with is this massive black hole.”