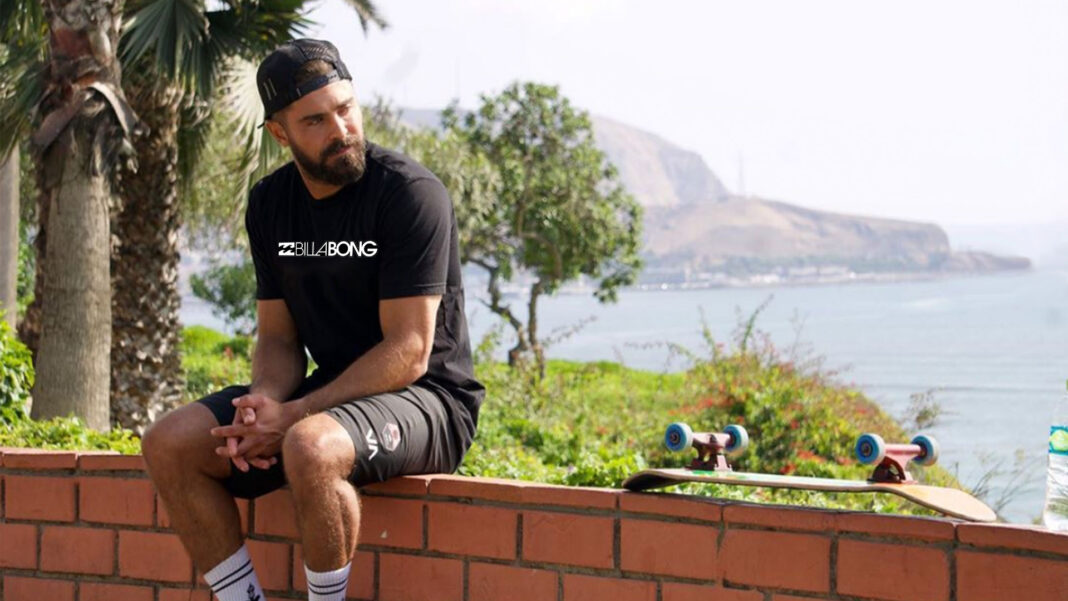 After just 3 months down under, the Hollywood megastar has completed his transformation into a generic Aussie skater dude with the prized purchase of a black Billabong t-shirt.

“I’m just trying to fit in,” he says. “I wear all black, with my hat backwards and carry my skateboard pretty much everywhere I go.”

While most people would expect the 32 year old worth $25 million to be hanging out at private and exclusive resorts, Efron is doing everything he can to mix it up with the locals.

He’s been spending hours at Byron Bay’s skateparks, smoking many bongs and eating junk food in a desperate bid to seem less attractive.

“I’m trying to look like every other guy in Northern New South Wales,” says Efron. “It’s so much easier this way.”

It’s understood he’ll be spending summer in Australia, before heading back to the USA for his next Hollywood acting project.