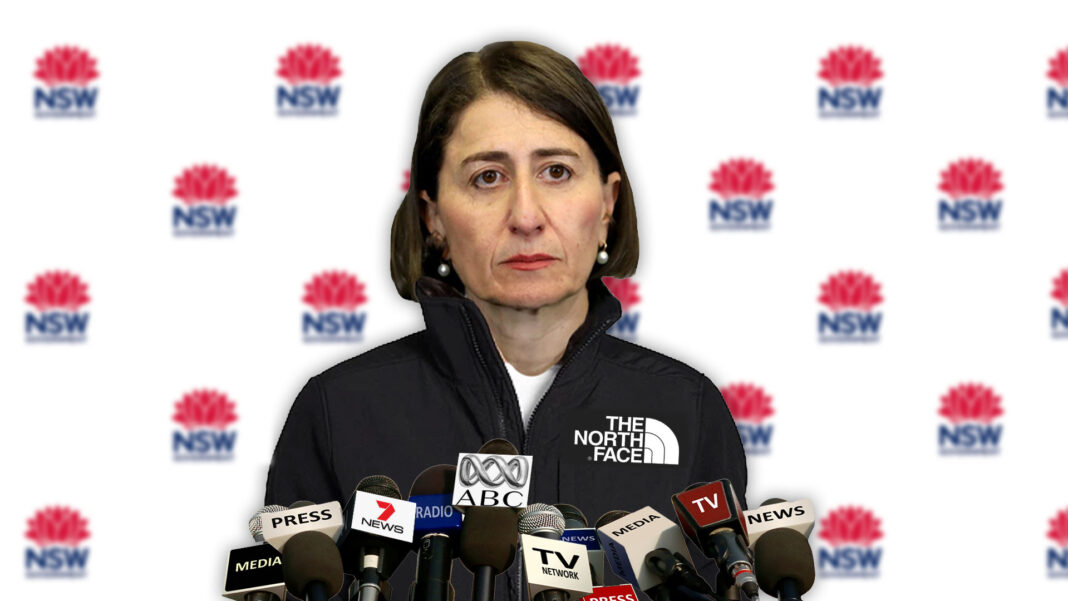 Gladys Berejiklian denies the clothing choice was influenced by her Victorian counterpart Dan Andrews, who often wore a similar jacket when Melbourne was in lockdown.

“Not at all,” says Ms Berejiklian. “It’s just really cold in Sydney at the moment.”

“But we believe the North Face jacket shows that Gladys herself is deeply concerned.”

It comes as NSW records 18 new cases of Coronavirus amid concerns of a national outbreak.

“We need to remain vigilant, but there is no cause for panic,” says Ms Bereklian.

Other experts are speculating that the Premier has negotiated a sponsorship deal with the US outdoor adventure clothing company.

“Dan Andrews reportedly got $2,500 every time he wore his North Face jacket,” says another media analyst.