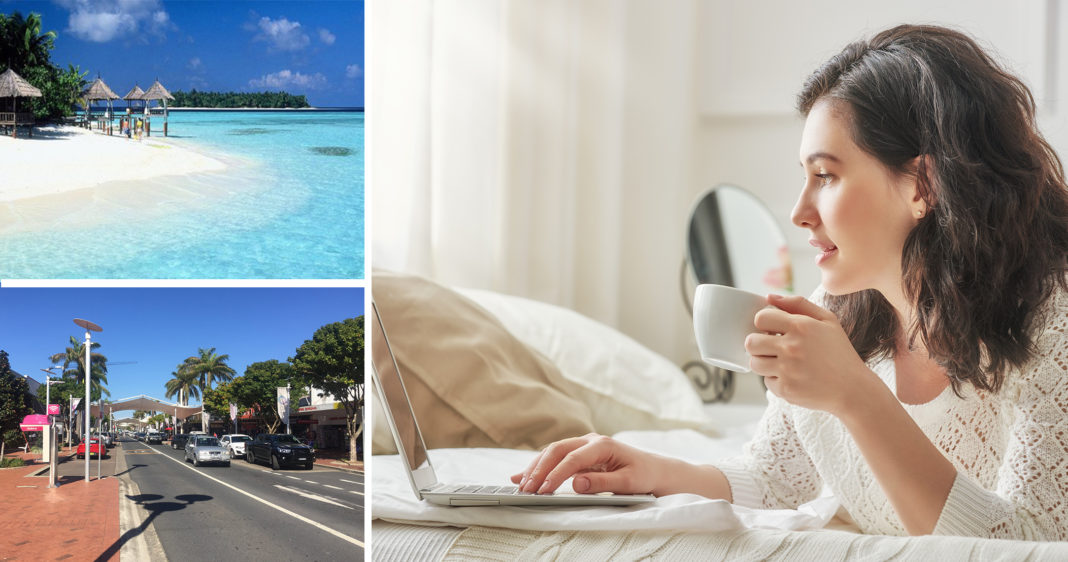 A Sydney woman is being accused of misleading and deceptive conduct on Facebook.

Margo Gilman has booked a trip to Coffs Harbour for October, but her recent status update suggests something much more luxurious.

“Anyone know any amazing 5-star hotels in the Maldives?” she wrote.

One of Margo’s friends contacted Double Bay Today with the story.

“I know for a fact Margo has already pre-paid Coffs Harbour accomodation as part of a discount package,” says the source who asked to remain anonymous.

“It reminds me of the time she had shitty concert seats, so she found a photo taken from someone’s front row seat and posted it as her own.”

Our reporters contacted Margo Gilman for clarification on her travel plans but she didn’t return our calls or emails.

The status update has since been removed.