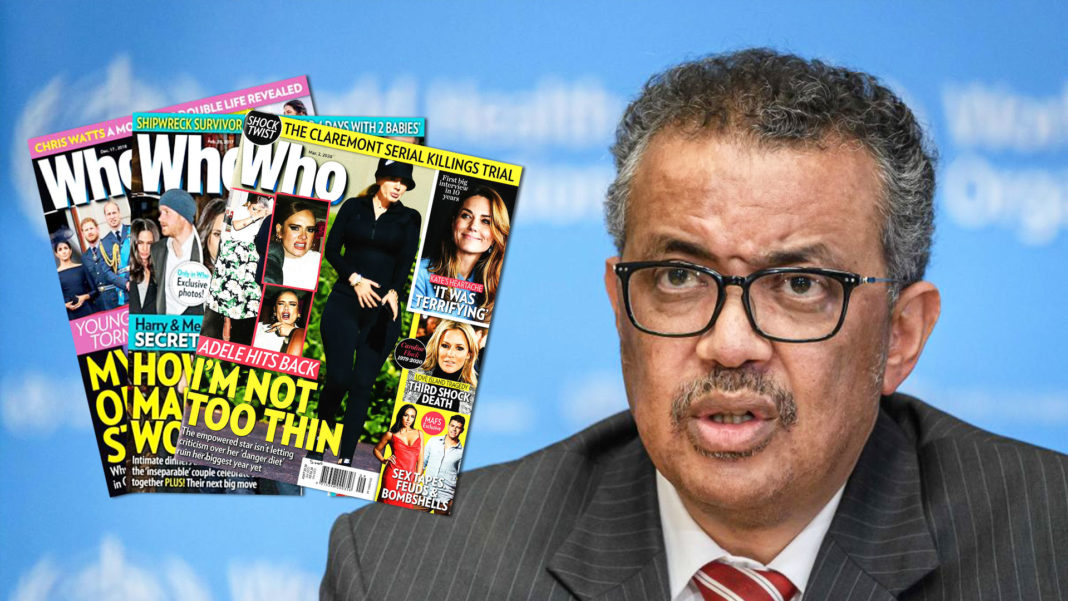 Celebrity news and gossip magazine ‘Who’ will change its name after being embarrassed by the World Health Organisation’s response to COVID-19.

“The World Health Organisation is an absolute joke,” says Who magazine publisher Guy Griffin. “We don’t want to risk anyone thinking we may be associated with them.”

The World Health Organiation is facing global condemnation for parroting Beijing’s early stance on the coronavirus outbreak and for failing to do any of its own research.

Today US President Donald Trump announced a withdrawal of funding to the World Health Organisation after the UN body said it would support the reopening of China’s wet markets.

“Is the WHO serious?” says Guy Griffin. “We may be just a gossip mag but at least we actually do some research instead of just publishing utter bullshit as fact.”

From next month Griffin says Who Magazine will be known as How Magazine.