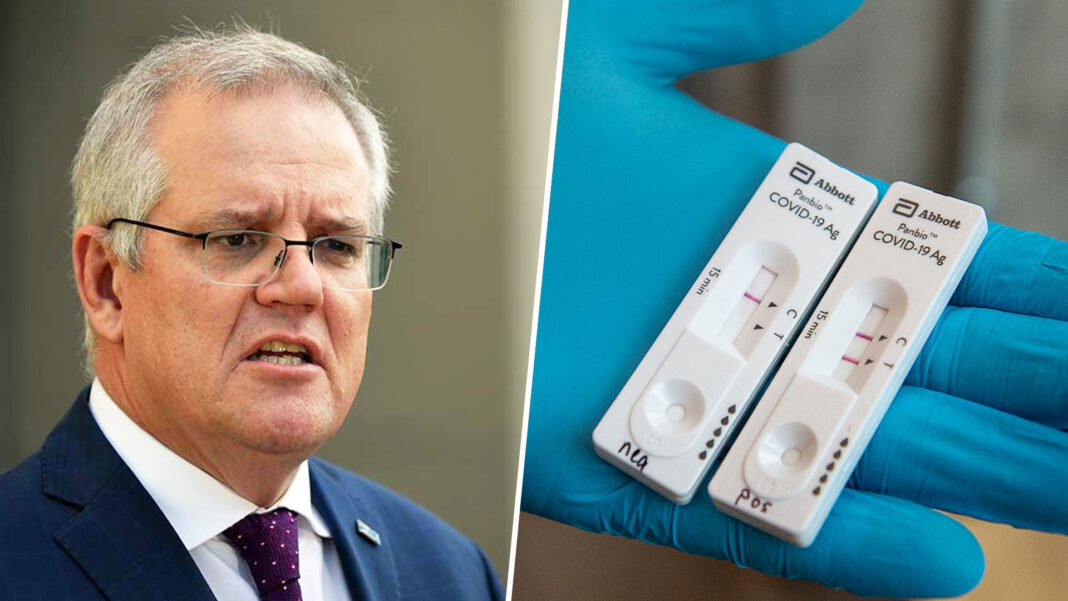 FULL STORY: The Prime Minister is continuing to resist pressure to provide rapid antigen tests for free, even as state testing regimes buckle.

“I understand some people will get sick and possibly even die, and that’s a shame, but at least Harvey Norman is in decent shape,” says Scott Morrison.

Most Australians, including those already financially crippled by covid, will have to keep forking out up to $90 for a pack of five rapid antigen tests.

It comes despite the government spending $90 billion on the JobKeeper wage subsidy, even though many of the Australian companies which received it, didn’t need it.

“The health of the economy has to be our number one priority,” says the PM. “Then if we have any money left over we can look after the health of our people.”

“But unfortunately we just don’t have any money at the moment.”