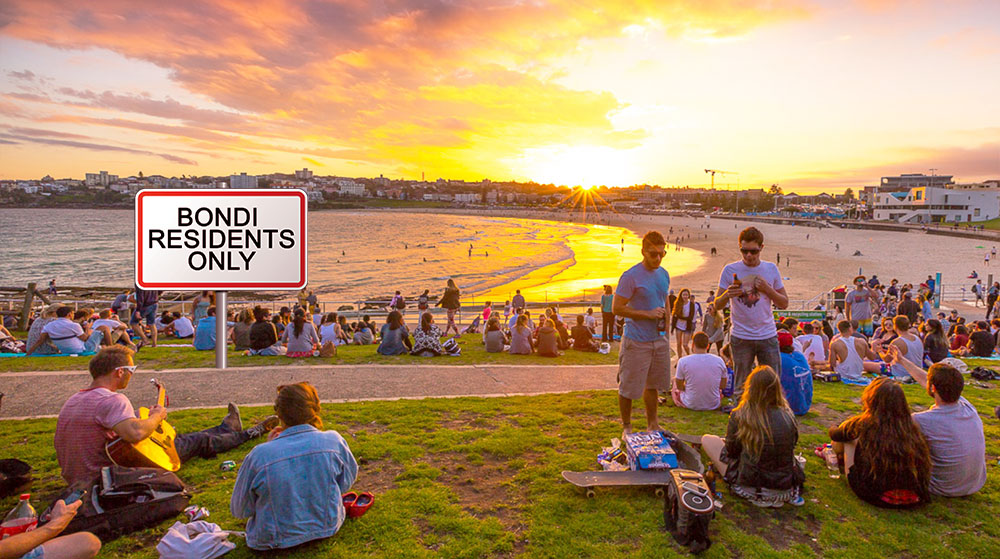 BONDI BUBBLE: Bondi residents have succeeded in their bid to make the grassy knoll at North Bondi a residents only area.

“We’d like to thank Waverley Council for implementing the new ‘residents only’ laws,” says Bondi local Sean Haber. “Finally we a little piece of Bondi Beach to ourselves.”

Over the past decade locals say there’s been an influx of outsiders attempting to sit on the popular section of grass.

“We don’t mind the South American’s using the BBQ area nearby, but enough is enough,” says Sean Haber.

“But the new locals-only policy for the grassy knoll will at least preserve one important part of the beach.”

The new laws will take effect from February 1, and will require Bondi locals to attain a grassy knoll permit from Waverley Council.

Bondi Junction residents are not included.

From next month, only Bondi residents will be able to use the popular section of grass at North Bondi Beach.