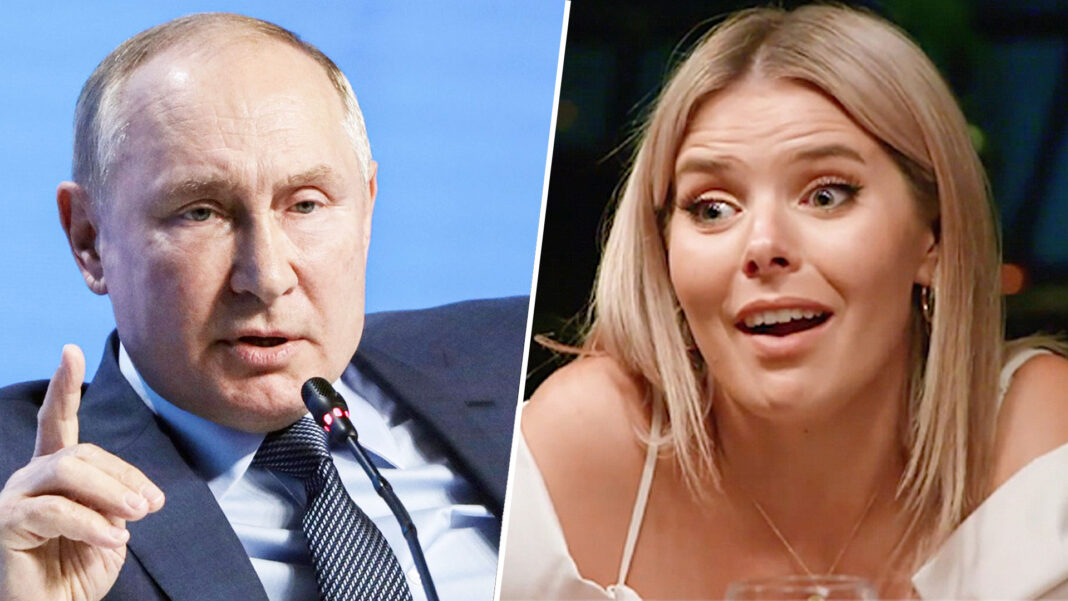 “I don’t normally comment on such matters, but I watched MAFS last night and I’ve never seen anything quite like it,” says Putin.

“Olivia has once again shown that she has absolutely no empathy whatsoever. She’s like a manipulative, evil dictator or something.”

Olivia Frazer has quickly become known as this season’s MAFS mean girl, after regularly attempting to bring other cast members down by revealing their secrets.

But the 28 year old teaching student says she “couldn’t care less” about what Putin thinks of her.

“I’ve literally never even heard of him,” she says. “But if he wants to come talk to me about it, make sure he brings me a valium or two because I’m going to need it.”

“The show sets a shocking example of how to act,” he says. “As humans surely we are better than that.”