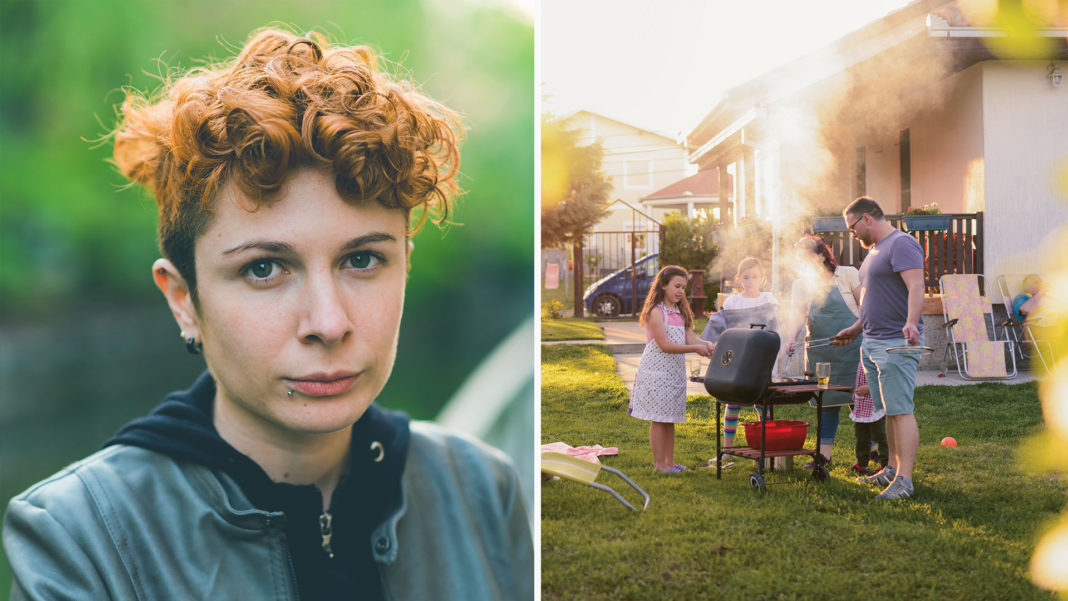 “Breathing in BBQ smoke from next door effectively amounts to me being forced to consume meat,” she argues.

A Sydney woman is attempting to set a legal precedent, by claiming that passively inhaling her neighbour’s BBQ smoke prevents her from being a vegan.

She’s taking her neighbours to the NSW Land and Environment Court, seeking a court injunction preventing them from having BBQ’s in their backyard.

“Seven years ago, I made the decision to be a vegan. But this has become impossible in the last six months while living next to my inconsiderate neighbours.”

Despite Ms Marsh’s ‘polite’ requests for them to stop having BBQ’s, they continue to have them at least once a week.

“All my clothes smell like meat,” she says. “I was recently at a vegan rally and some of the other protestors asked if I’d just come from Kingsleys Steakhouse. It’s deeply offensive.”

The case is set down for February 11 next year.