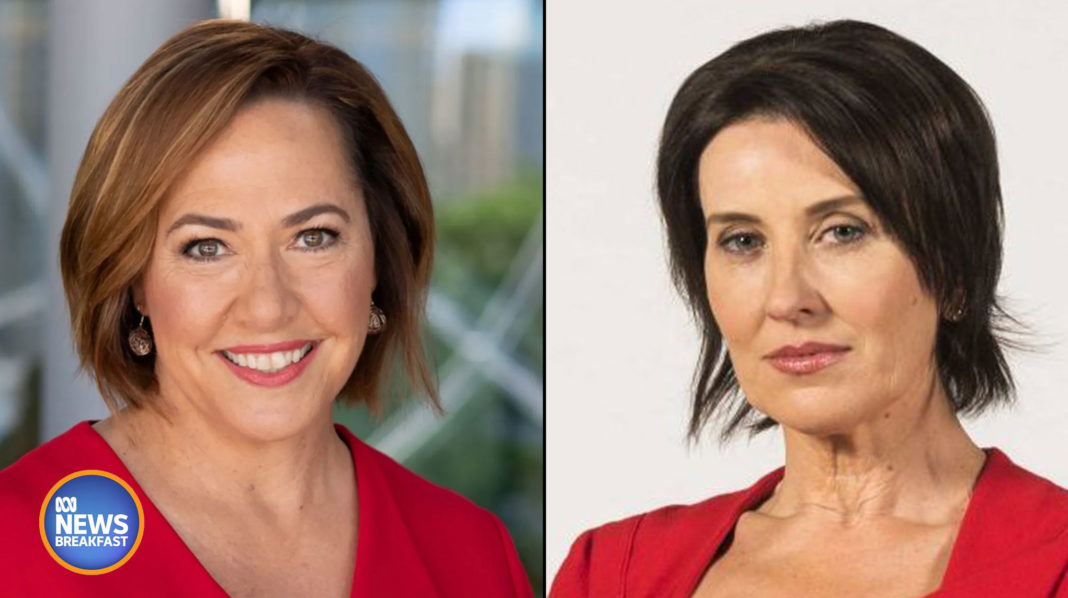 Lisa Millar (left) is set to step into the role left vacant by Virginia Trioli.

“Lisa is a top journalist with safe ABC left-leanings,” says ABC News Director Lyle Marsh. “Like Virginia, Lisa won’t say anything interesting, or controversial, which is a real plus.”

Network executives say the pair’s physical likeness will make the transition easier for the show’s regular viewers, who are predominantly over 80 years old and in nursing homes.

Lisa Millar’s experience as a foreign correspondent will be well-utilised introducing stories which have already been on the internet for many hours.

It’s understood she’s now also been working on her comedy skills to help her attempts at lame jokes between stories.

She’s expected to begin her new role in August.