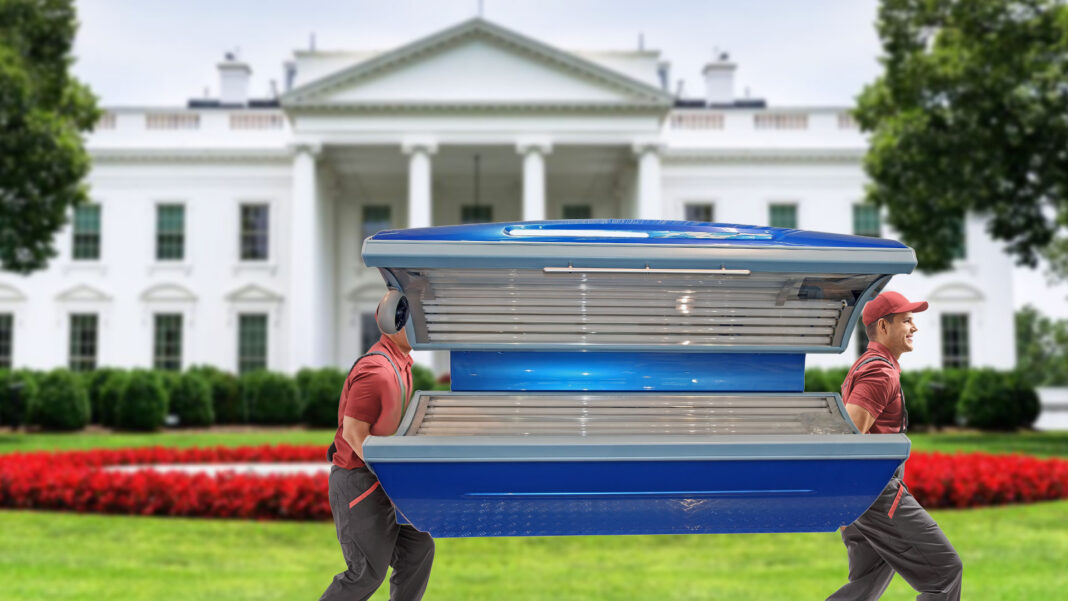 With only hours to go before Donald Trump and his wife officially leave the White House, furniture removalists were spotted with one of his prize possessions.

“This is Trump’s personal tanning bed,” one of the removalists told DBT. “He used it a short time ago and now it’s on its way to Trump’s resort at Palm Beach.”

The Mar-a-lago resort will be Trump’s home for the time being as he deals with the trail of destruction he’s left behind, including a second impeachment and criminal investigations.

The revelations confirm how the outgoing President manages to maintain his orange glow, even during the middle of winter.

The race is now on to get the tanning bed and the bronzer to Trump’s resort before he arrives there.

“He’s demanded the bed be installed and ready for use upon his arrival,” says the removalist.