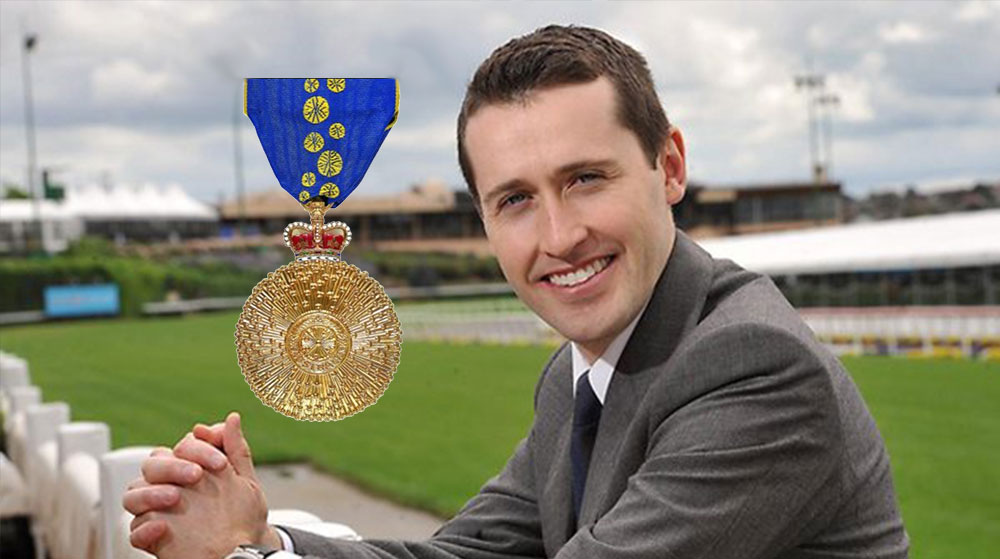 Racing identity Tom Waterhouse is among nearly a thousand Australians to be honoured in Queen’s Birthday ceremonies around the country.

Waterhouse will receive the Companion of the Order of Australia ‘for eminent service to gambling and sharing his knowledge via sponsored videos on social media.’

“I want to thank Facebook for making it so easy to spend thousands of dollars boosting my videos talking about how good I am,” says Waterhouse.”

It allows his subscribers to benefit from his in-depth racing knowledge.

“Tom is an iconic part of the racing industry,” says the Governor General. “We want to thank him for his pioneering work in making gambling so accessible to ordinary Australians.”

And a final word, from Waterhouse himself: “Guys, always remember, gamble responsibly,” he says.