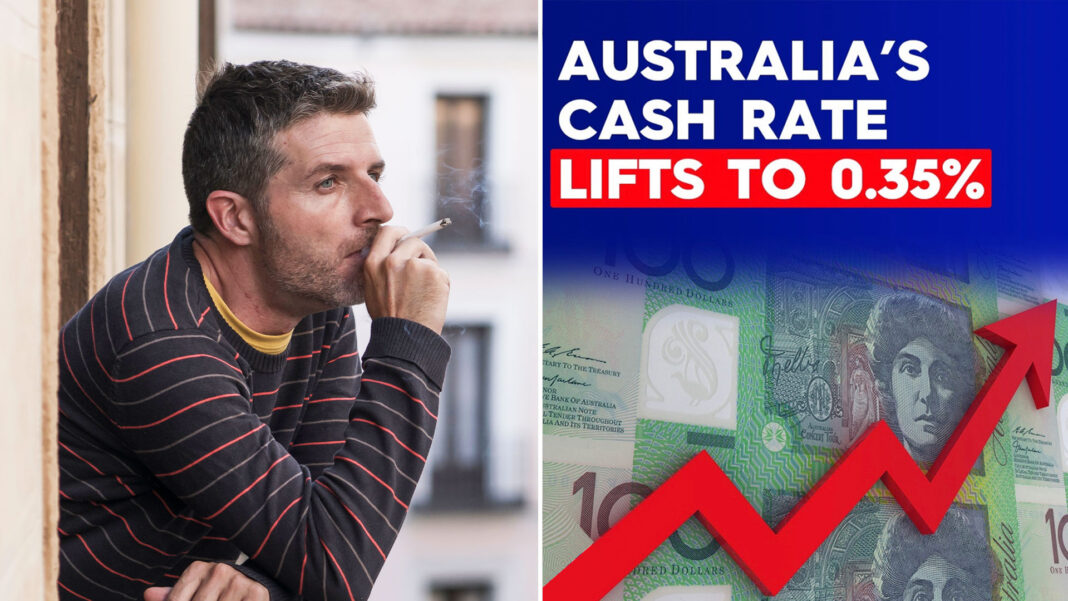 UP IN SMOKE: A Sydney man is in complete denial about the impact his cigarette addiction is having on his finances.

Max Donnelly smokes at least one packet of lung busters every day, costing him on average $300 a week.

But he claims it’s yesterday’s Reserve Bank interest rate hike that will send him over the edge.

“I can’t survive with interest rates at 0.35%,” he told DBT, overlooking the fact that before yesterday, interest rates hadn’t increased in 12 years.

“The rate hike will cost me an extra $20 a week in mortgage repayments.”

And economists believe the RBA won’t stop there, with some predicting interest rates will rise to 2.5 per cent by the end of 2022.

“The RBA is slowly killing me,” claims Max Donnelly.

And the 37 year old says he’s not considering quitting cigarettes, or even cutting back.

Instead he says he may be forced to rent out his Bondi apartment and move back in with his parents.