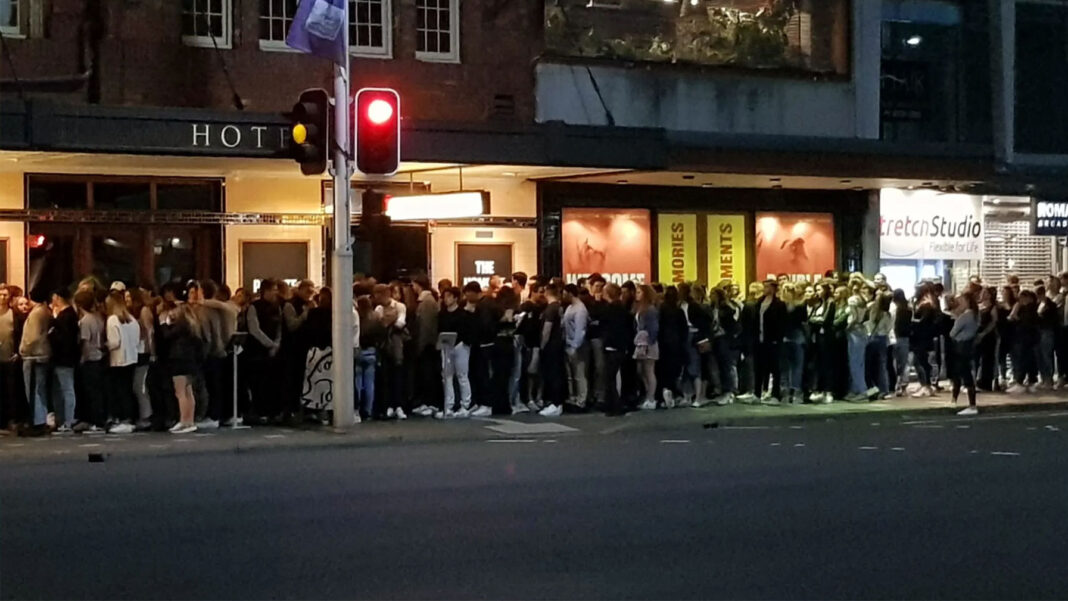 Residents of Double Bay in Sydney’s east say they feel immune to the potentially fatal effects of Covid-19.

“I’ve know there have been thousands of cases in Sydney, but none in any suburbs I’ve ever heard of,” says local man Derek Smyth.

The 24 year old former Cranbrookian was among hundreds flouting social distancing rules while queuing up outside the Golden Sheaf Hotel on Wednesday night.

Police were forced to disperse the crowd after photos of the queue went viral on social media.

But Derek Smyth says he still managed to kiss at least four different women on the night.

“Actually one of them was a really cute girl who was visiting from Victoria, it was a very good night,” he says.