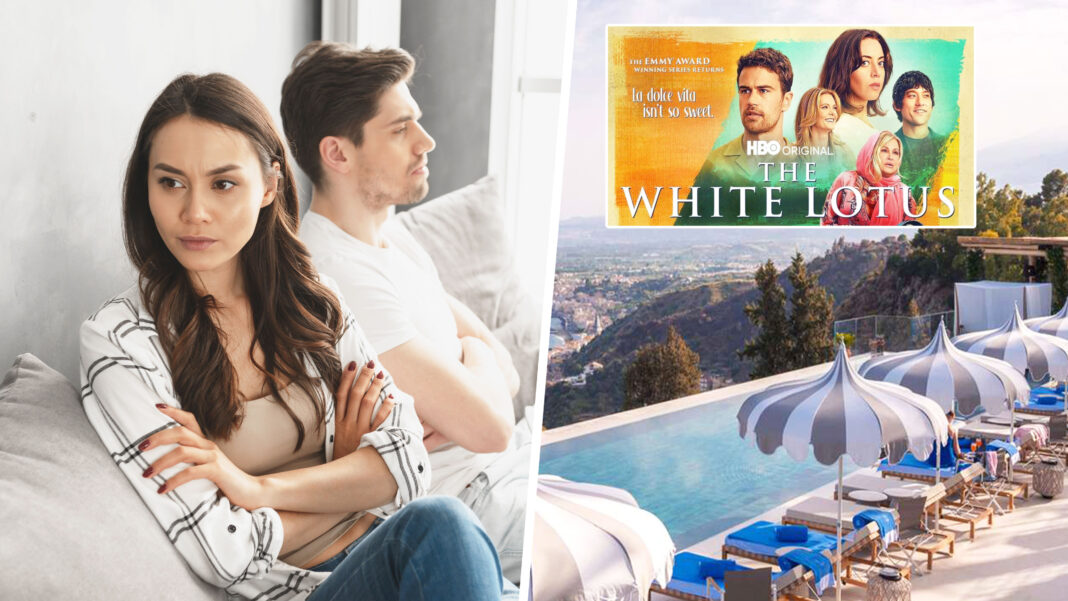 HIGH MAINTENANCE: A Vaucluse woman has been applying some heavy pressure on her new boyfriend today, after the pair watched The White Lotus finale.

Even though they’ve only been an item for 3 weeks, she’s demanding a trip to the Sicilian resort where HBO’s hit dark comedy was filmed.

“OMG I love that resort, take me there now!” Renee Connelly told her new beau Jake. “We never do anything fun!”

The resort called ‘San Domenico Palace’ has reportedly seen a spike in traffic to its website since the release of White Lotus season 2.

“Can we go for a swim in that infinity pool?” Ms Connelly asked her boyfriend.

“The only infinity pool you’ve ever taken me to is the one at Bannisters in Mollymook for fucks sake!”

The luxury resort hotel’s history dates back to the 14th century when members of the Dominican religious order established a convent there.

And Renee Connelly says the house where she lives with her parents also has a similar style of early Italian architecture.

“I always want to feel like I’m at home, even when I’m away on holidays,” she says.

Her boyfriend Jake told DBT he’s still thinking about her request for a trip to Sicily but says “it should be fine.”