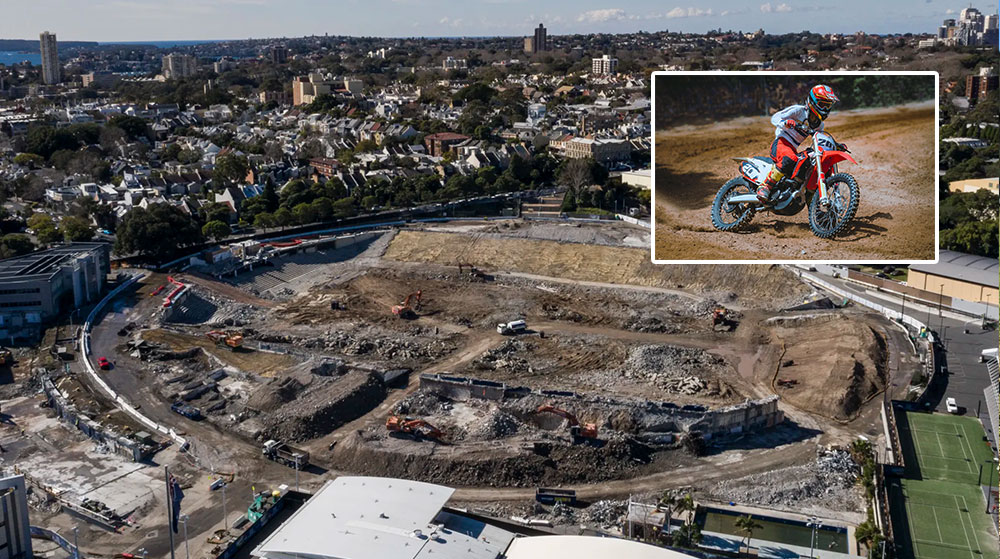 The controversial Sydney Football Stadium site will be used as a dirt bike track for the foreseeable future according to the NSW Premier.

“Dirt bike racing is a popular and fast growing Australian sport,” says Gladys Berejiklian. “This is a good result for the people of NSW.”

Last year, the state government announced that construction giant Lendlease would both demolish and rebuild the stadium.

With the facility now demolished, the government has today declared that Lendlease will not complete the project due to budget constraints.

The Premier says uncertainty around the site will mean it’ll be used as a dirt bike track for ‘the foreseeable future.’

“Like people in regional areas, we believe inner city Sydney residents should also have access to a dirt bike track,” says the Premier.

“We believe the NSW government is doing a great job,” says a Red Bull spokesperson. “Knocking down the stadium was definitely the correct thing to do.”