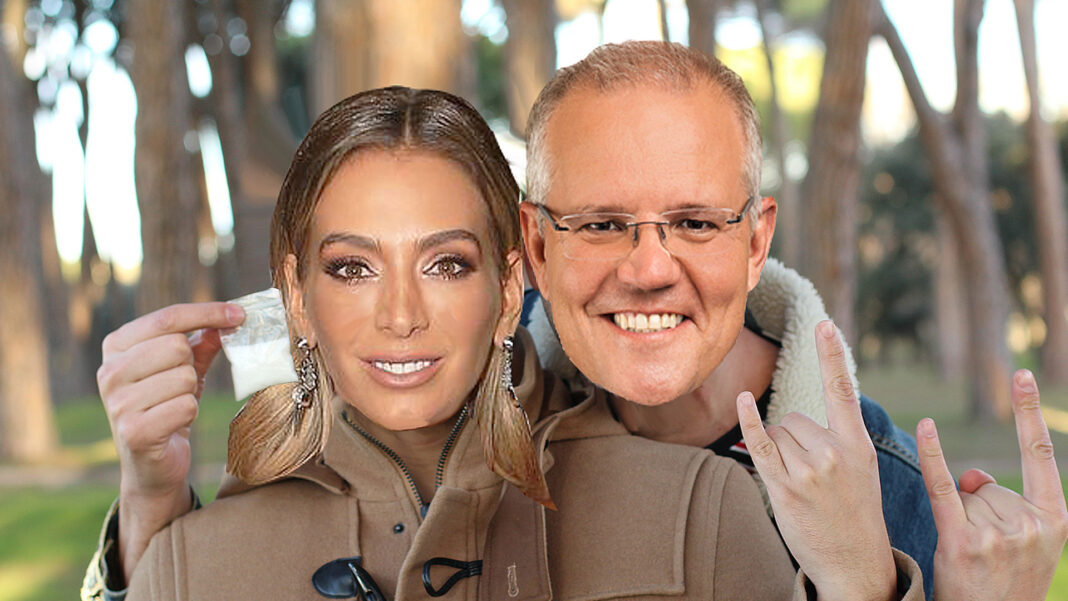 Federal cabinet has signed off on new laws allowing the Prime Minister to do lines of cocaine with Nadia Bartel during lockdown.

“Being Prime Minister during a pandemic is a very stressful job,” says Scott Morrison. “I need some relief.”

The new ‘PM Privileges’ bill allows Morrison to meet up with Bartel on an unlimited basis to snort illegal drugs.

“We are going to meet up this afternoon in Melbourne as soon as I’m done at this Women’s Safety Summit thing.”

It comes as the PM faces criticism for taking an RAAF VIP jet to Sydney to spend Father’s Day with his family.

“My wife doesn’t do rack,” says Morrison. “And Nadia said she was keen to hang out with me!”