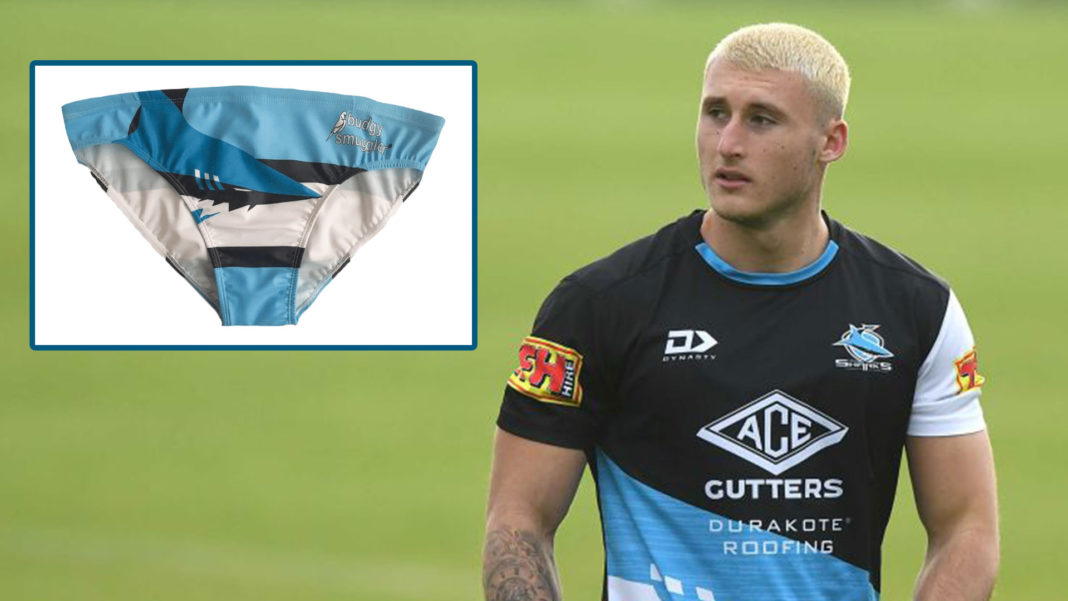 The Cronulla Sharks NRL team is on the hunt for a new underwear sponsor tonight.

Manufacturer Budgy Smuggler has been sponsoring the Sharks for the last 2 seasons.

But the brand today withdrew from the deal amid widespread player testicle shrinkage arising from the use of performance enhancing steroids.

“The players were all saying our underwear was too loose, even the small size,” says Budgy Smuggler CEO Simon Riley.

It follows news today that Sharks centre Bronson Xerri faces a possible lengthy ban from the game after testing positive for steroid use.

The Cronulla Sharks have been at the centre of multiple performance enhancing drug scandals.

“But unfortunately it also shrinks testicles,” says Simon Riley. “We no longer see our brand as the right fit for the Sharks.”

‘There Is No Coronavirus In Double Bay Is There?’ Ask Golden Sheaf Revellers