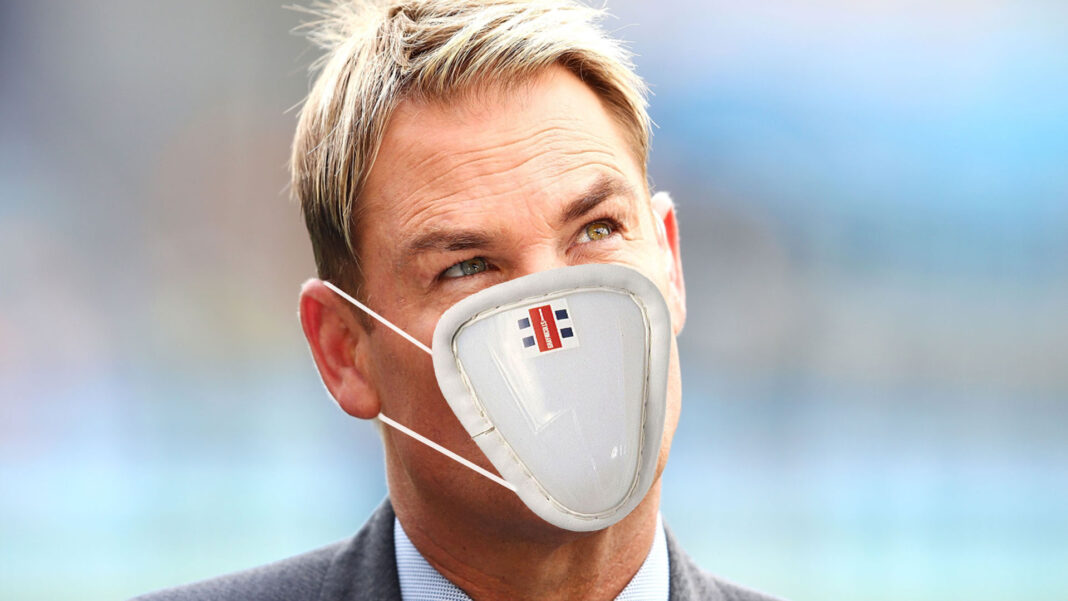 Spin king Shane Warne has been photographed wearing a cricket box on his face while out grocery shopping in the Melbourne suburb of Brighton.

Cricket boxes, otherwise known as groin protectors, are used by cricket players to protect their genitals from the ball while batting.

“No this doesn’t make me a dickhead,” he joked with reporters. “And you’ll be pleased to know this box has never been used before.”

Some media commentators say Warne’s appearance wearing a cricket box might be a publicity stunt ahead of the release on Friday of Warne’s new men’s fragrance SW23.

“SW23 smells much better than this cricket box,” Warne claims.