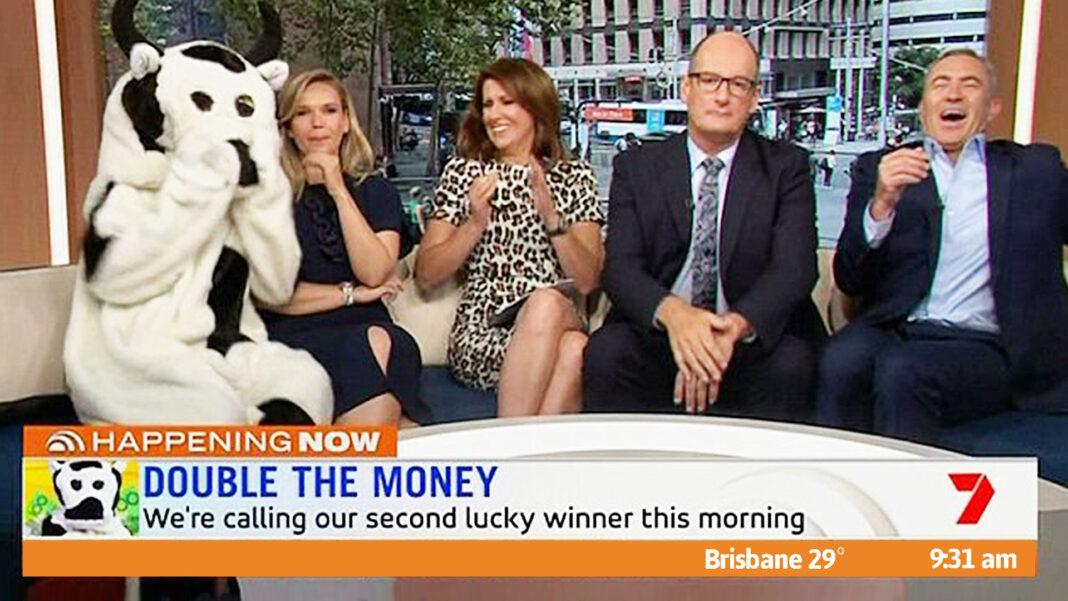 The Seven Network is today being applauded by media diversity advocates, after the Sunrise breakfast TV show appointed an ethnic man to wear the Cash Cow costume.

“Having ethnically diverse on-air talent is a huge priority for us here at the Seven Network,” says Seven executive Wayne Peters.

“And the Cash Cow is a very important and popular member of our team.”

From next Monday the Cash Cow costume will be worn by the ethnic man.

His identity remains a mystery, but Seven executives say he’s of Indian heritage.

“Typically we’ve only used Anglo-Australian people to be the Cash Cow,” says Peters. “But having an Indian man in the role is testament to our commitment to on air diversity.”

It follows Seven’s move yesterday to allow a brunette to host Sunrise, with Natalie Barr moving into the role, previously occupied by a long line of blonde female presenters.

“”We acknowledge these are small steps, but they are steps in the right direction,” says Seven’s Wayne Peters.