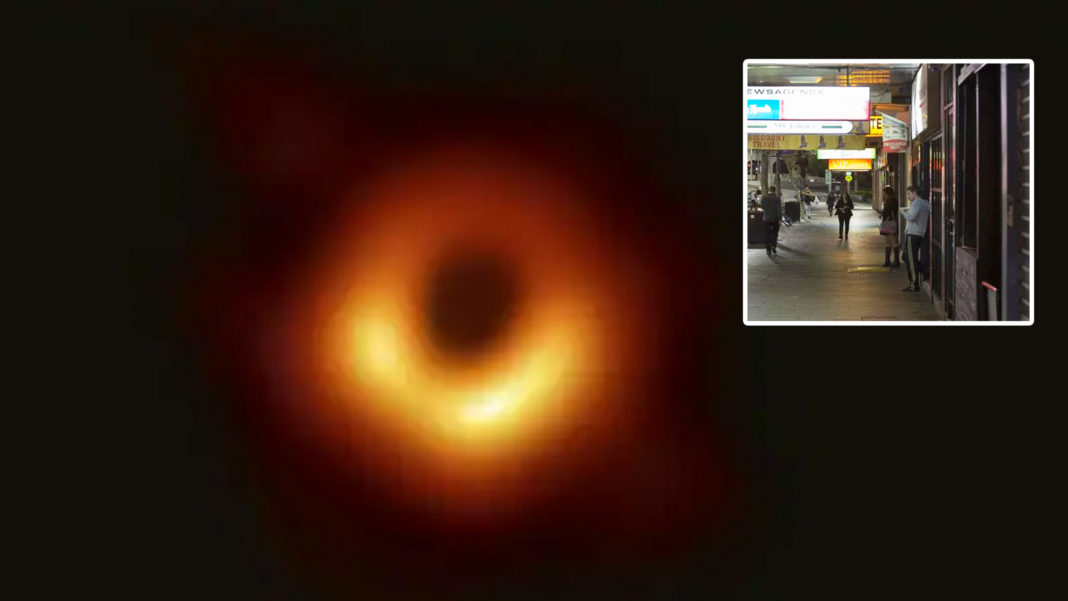 Scientists around the world are hailing it as a major breakthrough.

Black holes have remained the subject of speculation and theory, until today, with researchers releasing an image of central Sydney at night taken from outer space.

“The black hole is the Kings Cross, Darlinghurst, Rocks and Haymarket areas,” says France Cordova, from the US National Science Foundation. “The brighter section on the outer ring is Star City Casino.”

Sydney’s nightlife became dormant when controversial lock out laws were introduced in 2014.

“Before then, this black hole did not exist,” says France Cordova. “We want to thank the NSW state government for making black holes a reality.”

But Sydney’s nightlife advocates say the image proves that the lock out laws need to be relaxed.

“This image comes as no shock to be honest,” says Tyson Koh from the Keep Sydney Open party. “It’s a very sad illustration of the nanny state we are currently living in.”

#BREAKING: The UN Announces W.A’s Separation From Australia, To Form Its Own Sovereign Nation